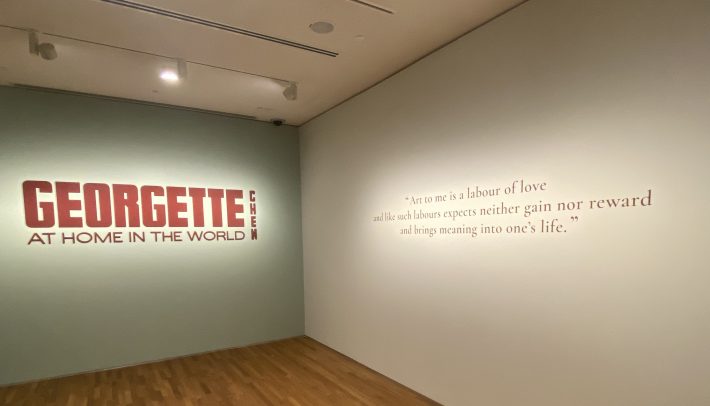 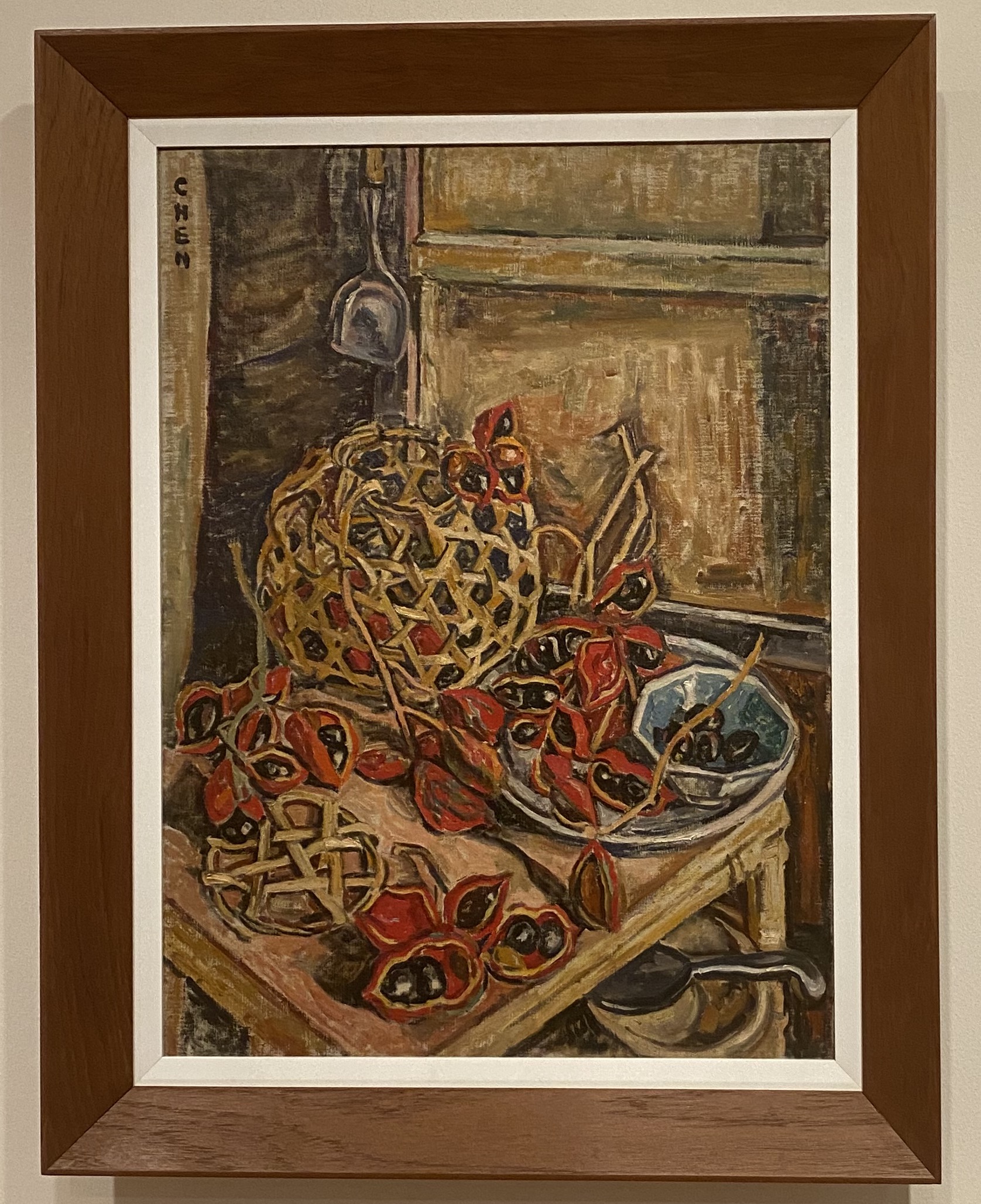 These are all labels one could ascribe to the painter Georgette Chen, but none can truly capture the gravitas and revolutionary groundwork she laid for Singaporean art.

For the next 2 months, the National Gallery will be holding a retrospective exhibition on her works and their influence as a whole. Born in 1906 in China, Georgette’s journey might mirror many of our great-grandparents’ own when coming to Singapore, albeit with a twist. The universally acclaimed painter led a whirlwind life that saw her travel across vast swathes of territory, dozens of countries, and endless horizons. Her education first came in the famed art academies in New York and Paris, culminating in a marriage to then-Foreign Minister of China, Eugene Chen.

During her frequent trips between Europe and Asia, Georgette often stopped in Malaya (Singapore at that point in time), as a transit point of the Occident-bound voyages. Even then, those years were marked by the tumult of the Second Sino-Japanese War, which saw her and her husband placed under Japanese surveillance during the Second World War. 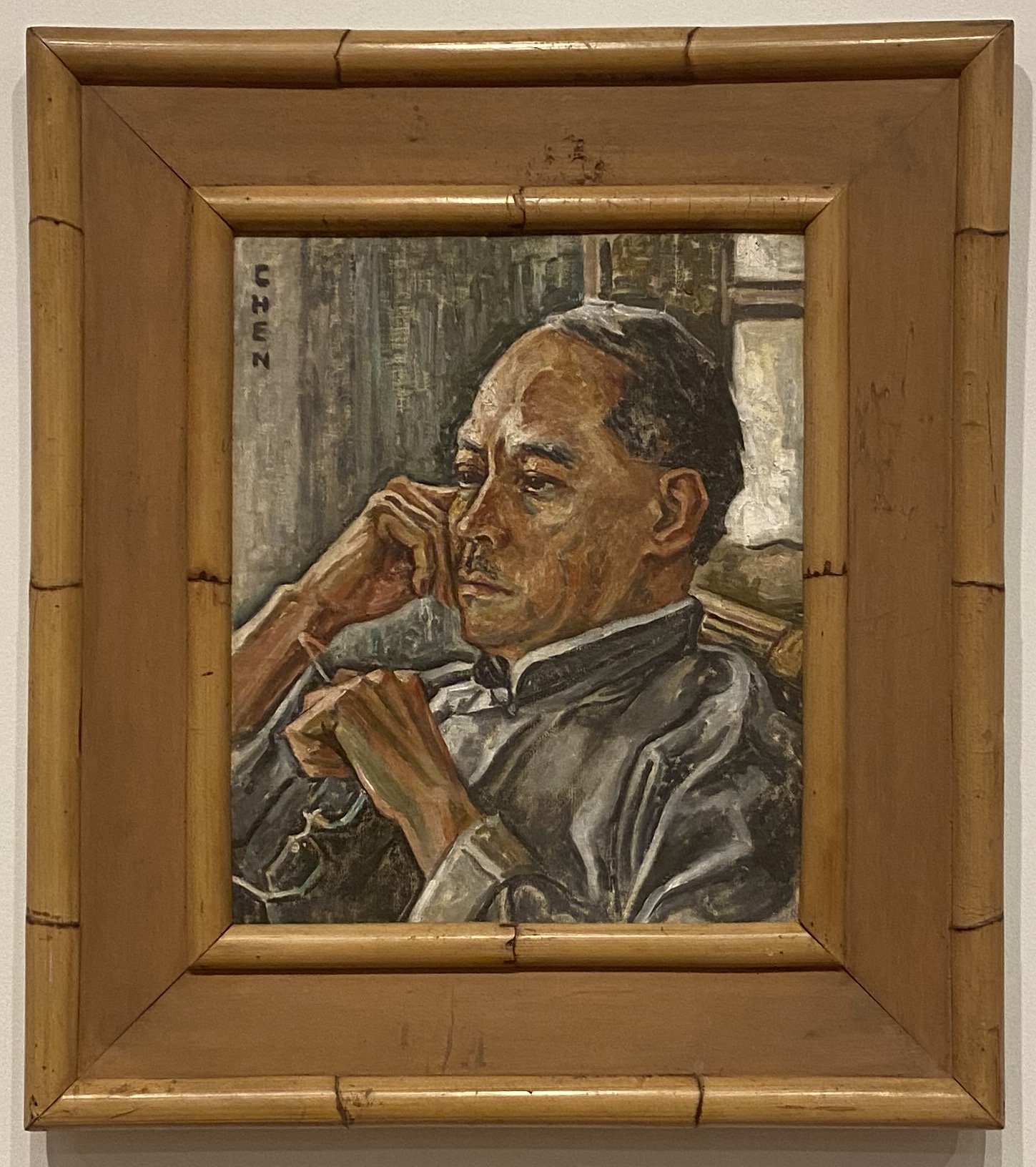 Her paintings during that time took on a darker, more dour tone, as she was often restricted to the small compound she lived in, often requesting that her husband sit for her numerous paintings of this period. With the passing of her husband in 1944, Georgette was now forced to look for work in other parts of Asia, finally settling in Penang. She was similarly invited in 1953 by the Society of Chinese Artists to stage her first solo exhibition in Singapore, receiving widespread coverage in local newspapers. In 1954, she took up a teaching position at the Nanyang Academy of Fine Art, passing in 1993, though her continuing influence still simmers in the artists of contemporary Singapore.

Describing Malaya as a ‘paradise for the artist’, Mrs Chen’s paintings crystallise the influence she drew from the late era of French Impressionism (of artists such as Monet, Renoir, Sissley), into a unique sense of en plein air that would later color the vignettes she often made of daily life. In itself, en plein air describes a philosophy which aims to capture a specific moment in time, beyond simply representing the landscape, going into the depth of emotion in the billowing clouds, down to even how the breeze tickles one’s skin. And it is best represented in her art, as a desire to present the fullness of Singaporean life, the rich landscapes of everyday life with riverfront bursting with commerce, the aroma of satay curling away from the barbecue pit, even down to the strokes that populate her paintings. 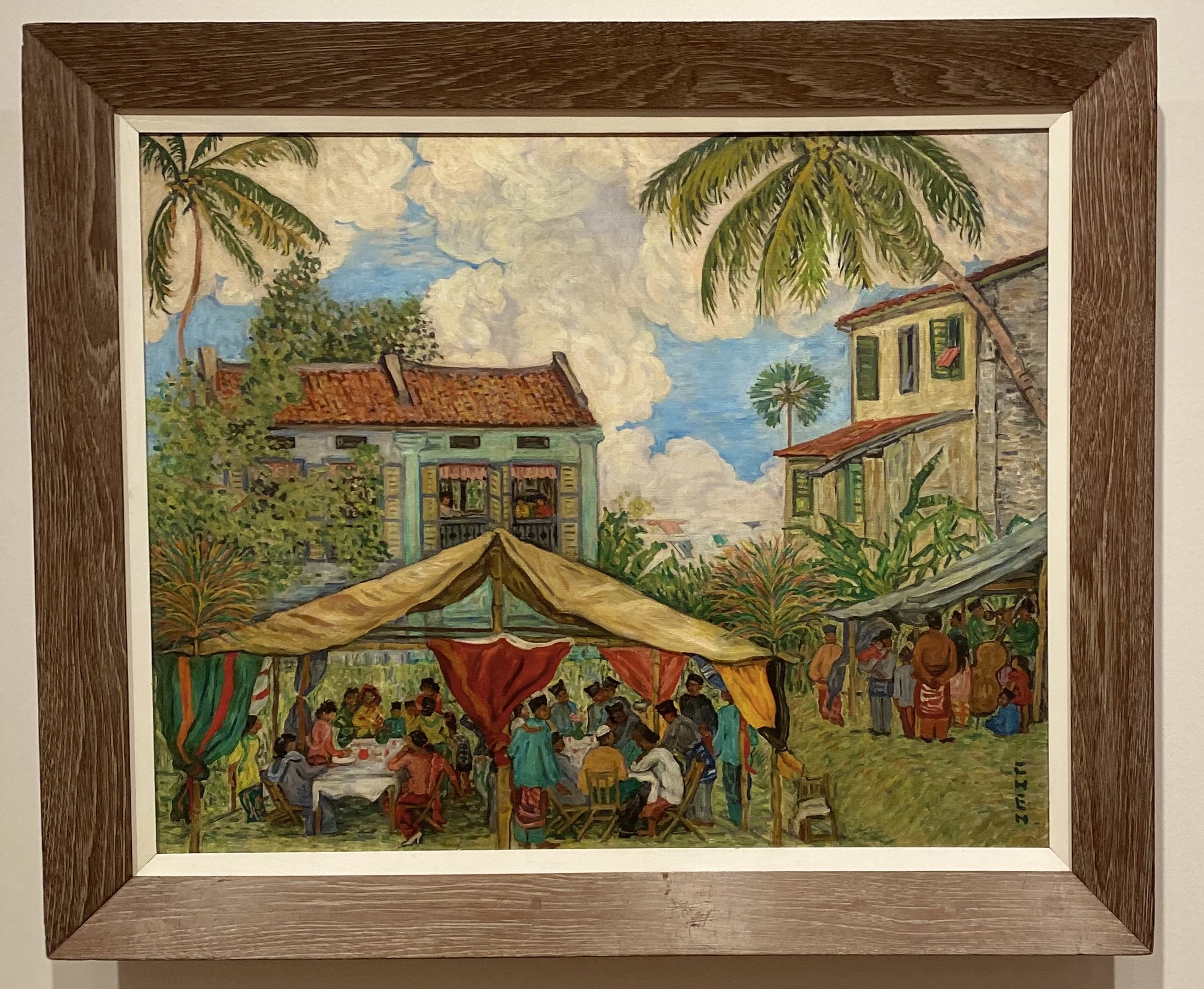 I found myself particularly drawn to one by the name of Malay Wedding, in its vivid use of color measured against the seeming languid strokes of blue that tinged the sky above. Encapsulating en plein air, the measured framing of the off-white shophouses make way for quick, broken brushstrokes that color in the viridian palm fronds, dimensionality which captures the exuberance of the metaphorical coming together invoked in the Malay wedding.  darts about to establish a distinct sense of color and chiaroscuro that adds tone to a simple canvas tarpaulin, into one that leaps joyously in concert with the festivity happening around it. 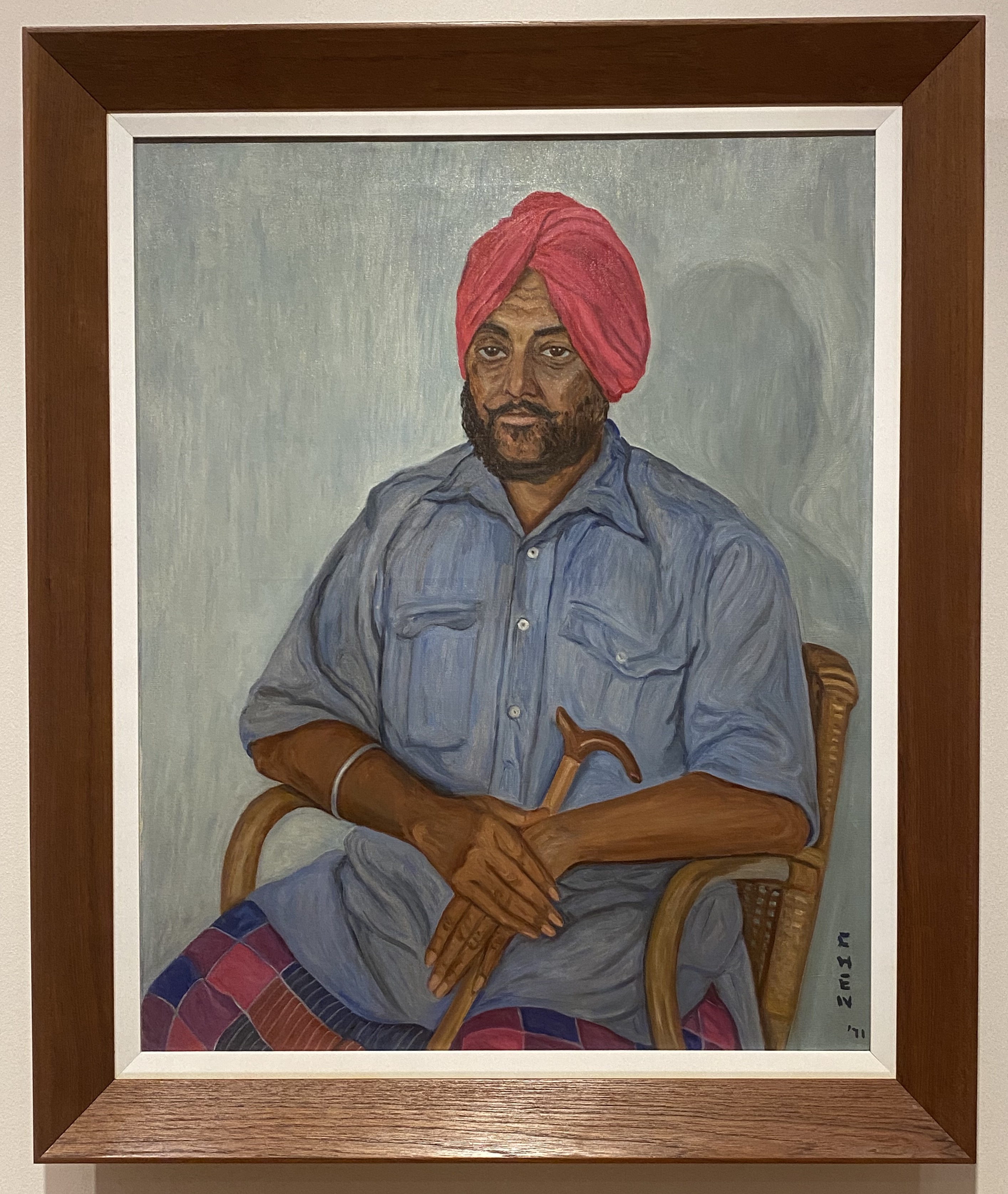 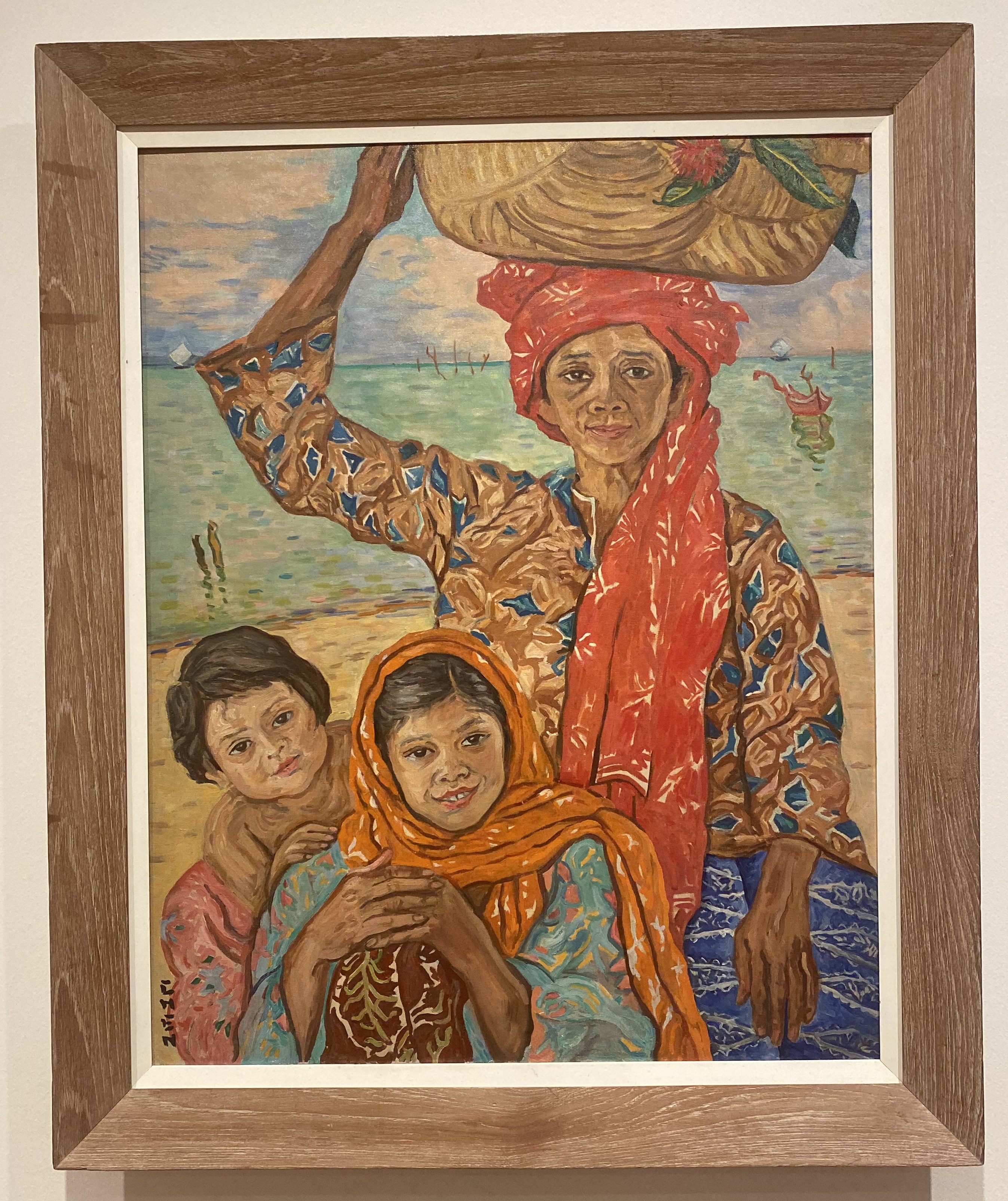 During these troubled times, there are still many reasons to visit the National Gallery Singapore beyond just the Georgette Chen Retrospective. Another main attraction that caught my eye would be the recently reopened Keppel Centre for Art Education, that is bustling with children roaming about immersive art spaces where they can engage themselves with hands-on art exhibits. Located at the ground floor of the art museum – the largest of its kind in Singapore-, the Keppel Centre for Art Education has formed a dynamic hub for education that has weathered the COVID-19 situation.

Aimed towards young children around 4-5 years old, the Keppel Centre for Art Education at National Gallery Singapore has provided a play-based learning environment with a wide range of engaging visual exhibits that encourage hands-on experience. From digitally interactive walls to art workshops, children can explore their artistic senses, developing their curiosity and imagination into various forms of artwork.The centre frequently hosts  museum workshops that’ll teach children the basics of arts such as print-making and pottery, and has several kid-friendly installations that introduce the mini Picassos to the kaleidoscopic world of art through imaginative play.

Families accompanying their children won’t have to stand still and watch their children, as they can also enjoy admissions to the National Gallery’s ongoing art exhibitions for free, making it an exemplary experience suitable for the entire family. Besides the permanent installations, the Keppel Centre for Art Education regularly hosts programmes, such as storytelling sessions and  kid-friendly discussions on art.

As Singapore prepares itself for phase 3, consider visiting the museums with your family.

The exhibition, Georgette Chen: At Home in the World, is being held at the National Gallery from 27 November 2020 to 26 September 2021. Tickets can be purchased either online or in person at the Gallery. The Keppel Centre for Art Education is open to the public, free of charge to all visitors at the National Gallery.