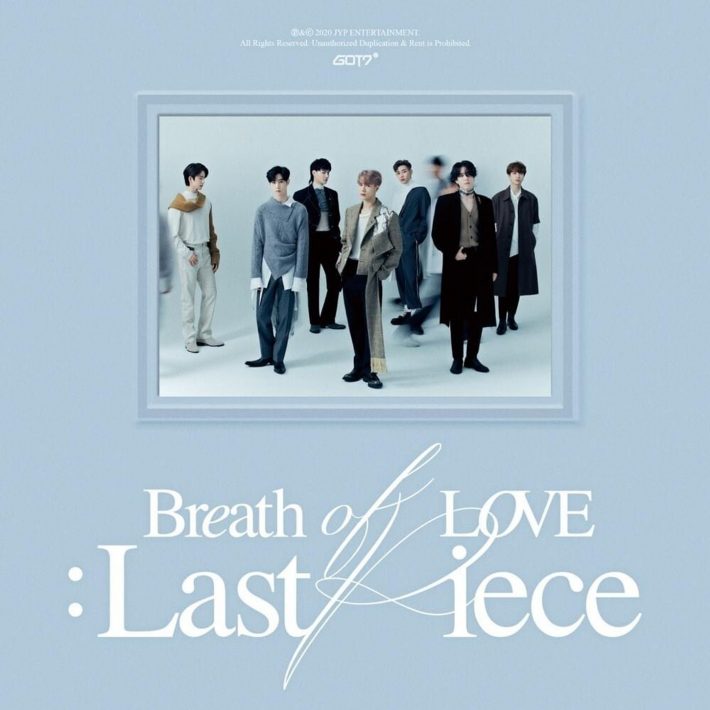 I remember the exact moment when the boys of GOT7 flew into my heart, both literally and figuratively, with their performance incorporating gravity defying flips and acrobatic stunts. With almost seven years of experience under their belts, GOT7’s music and performance has long since matured, leaving fans excited for every new release from the septet.

This November, GOT7 released their fourth studio album, Breath of Love: Last Piece. With a sense of time distorted by the Series of Misfortunate Events that had made up 2020, the six-month wait after their previous release seemed like forever. It was to my greatest relief when my favourite K-pop boys finally came together to self-produce this album.

My favourite aspect of this album is the members’ high involvement in its writing and production. The double title tracks, “Breath” and “Last Piece” are co-written by member Youngjae and leader JB respectively. Other members participated in the making of five other tracks in the album. In a year almost defined by social distancing and quarantine, I am ever so grateful for GOT7’s contribution to their album. It made Breath of Love: Last Piece more personal and I felt connected to the band despite reduced opportunities to see them.

My favourite track is “Breath”, a mid tempo piece that is fresh, fun and an absolute earworm. The instrumentals are kept basic, making the song a clean and refreshing listen. The most notable part is the ““넌날숨쉬게해” (“you make me breathe”) and whistle in the chorus. I also thoroughly enjoyed track 2, “Last Piece”, which is more synth-heavy and powerful. The chorus, beginning with an exclamation of “You know what?” is prominent.

Other songs in the album range from upbeat bangers like “Bong Ready” to sentimental ballads like “WAVE”. However, they seem to pale in comparison to the dynamic and well-rounded title tracks. While they are undeniably pleasant-sounding and feature improved vocal performance by the members, they were not particularly outstanding nor memorable.

Overall, Breath of Love: Last Piece is a strong indication that the seven boys who used to flip and tumble on stage have matured into refined musicians. It solidified GOT7’s position as strong players in the K-pop game, and as artists who are capable of producing their own music.

Fans can definitely expect even better music from the band in the future.