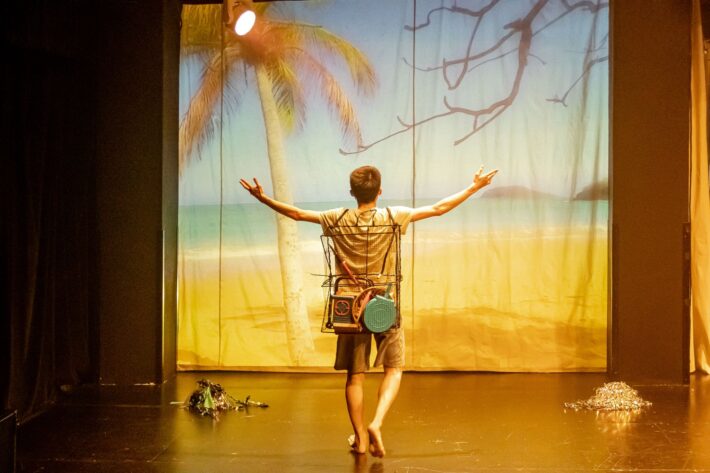 The 2022 edition of Singapore Fringe Festival is back with nine performances to catch for the duration of the festival running from 12th to 23rd January. Being: 息在 by 微 Wei Collective and Collaborators is one of the performances curated for this year’s festival.

The piece is a multi-sensory experience termed as an installation-performance which commentates on the forgotten relationship between man and nature. In true installation fashion, the Chinese performance’s props play with textures. For instance, as the tides rose, the garbage bags used to portray the sea were shuffled, so the audience not only saw the visual change in scene but also heard the realistic ruffling of the waves.

One of the more memorable scenes featured the main character fishing in the sea, during which you can hear the sound of the rod being casted and rolled in, with the audio panning in the same direction as what was on stage. Although subtle, the remarkable sound design made every scene more realistic and aids in our suspension of disbelief. As the main character reels in his rod, props of marine creatures are dropped at a height, a pleasant surprise that earned giggles from the audience. 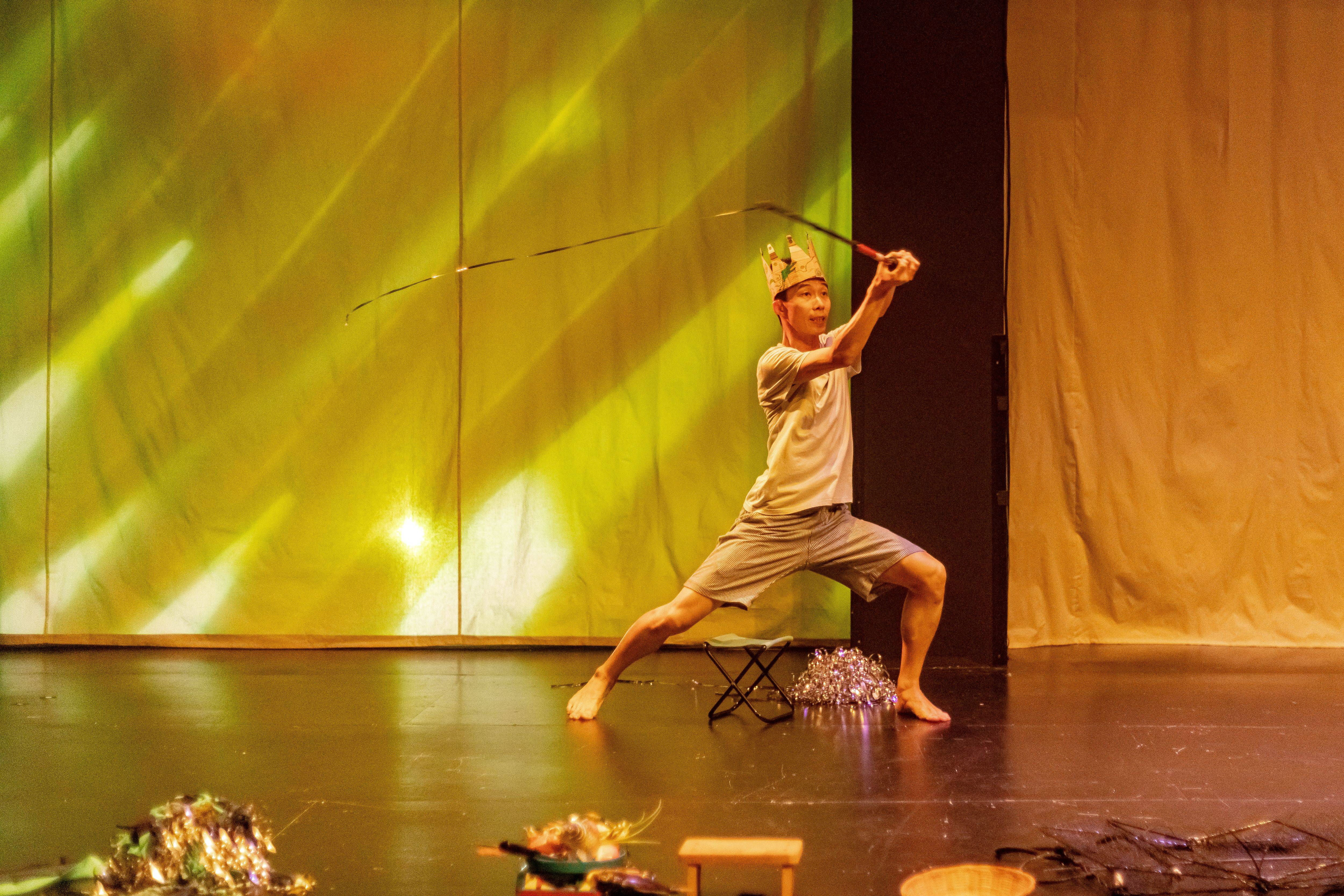 To create a truly immersive experience, audience members were seated on cushions just in front of the stage space, demarcated only by a line of spotlights. The close proximity of the audience to the performer created a sense of intimacy that made the performance alluring and kept us all on the edge of our cushions. This arrangement worked well with the black box-like venue of the play, where there was no clear stage separating the audience from the performer. The setup  gave the illusion that the audience is near the story, and by proximity made the performance seem closer to us – both physically and emotionally.

Neo Hai Bin gave a wonderful performance. Despite being a primarily solo movement piece with little to no lines, he portrayed his character with much emotion. At the start of the performance, his character had a scene where he faced an ‘out-of-body” experience while  asleep. The way Neo portrayed this unrealistic scene in a naturalistic and convincing manner nearly made me question if his limbs were attached to strings pulling his body upwards.

In this one-man show, Neo took on several hats, including one of a monster fish with the help of a little costume change. Nonetheless, you see distinct differences in each character as he adopts different mannerisms for each character, giving them their own personalities.

The piece took a creative approach to exploring the forgotten relationship between man and nature, which is further strained by our fast paced lifestyle. The performance was more of an experience for the audience than a mere show, making it truly enjoyable and unique. 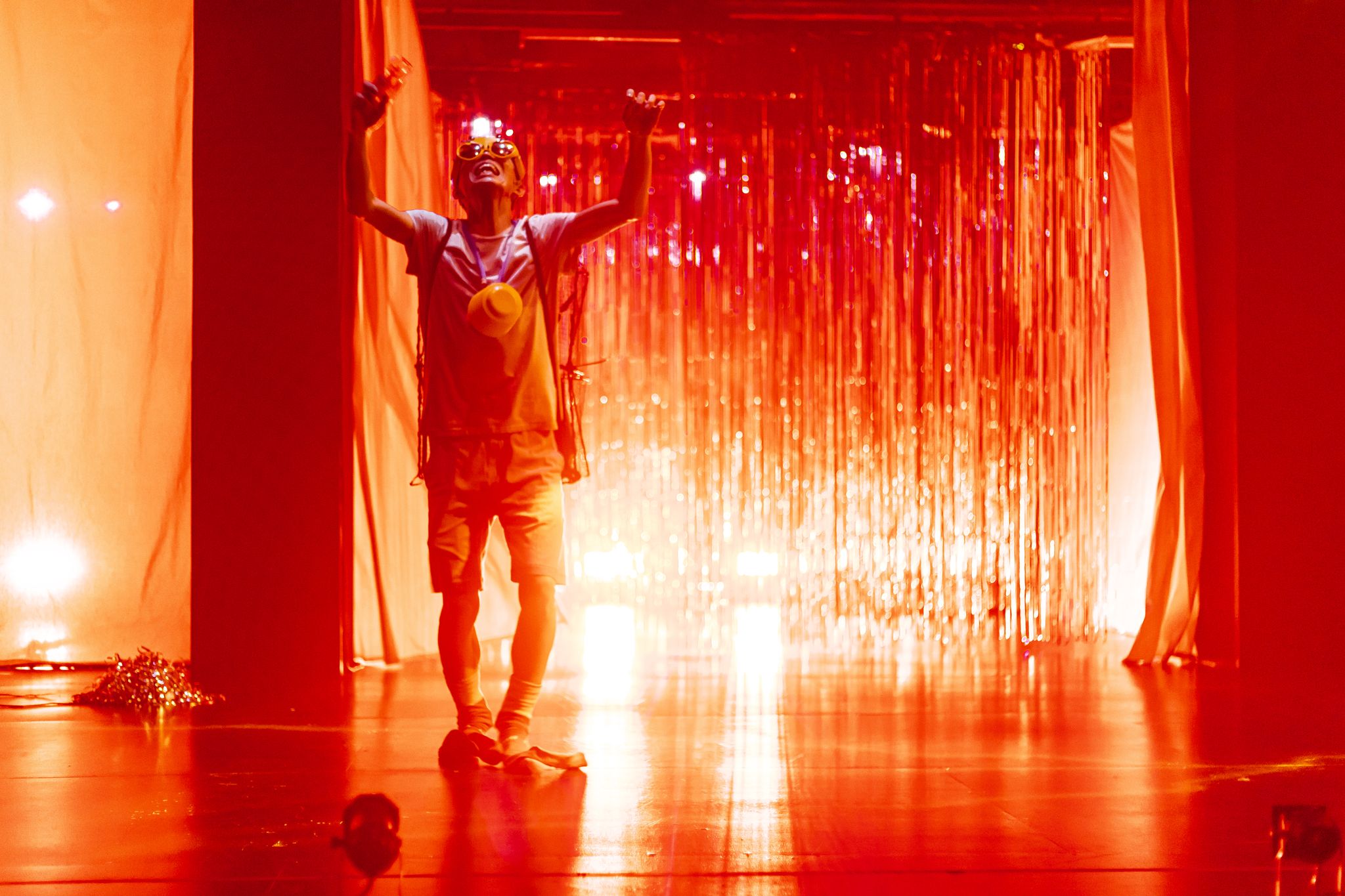 Art installations and experiences are becoming more popular today and Being: 息在 by 微 Wei Collective and Collaborators capitalizes on this trend perfectly. This installation-like approach helped the audience be more engaged and invested in the performance,  effective in getting the audience to reflect on its themes. There were times, more so than in a traditional performance, when I sympathized for the characters, which made me think about how our fast-paced lifestyle today detaches us from the environment and potentially destructs it.

I also appreciated the performance’s use of physical props rather than technology to portray different scenes. This gave us a welcomed 45-minute break where we could really detach ourselves and slow down into our natural environment.

Wonderfully produced and a delight for the audience, Being: 息在 by 微 Wei Collective and Collaborators is a creative yet effective commentary on men’s existence and his relationship with nature. 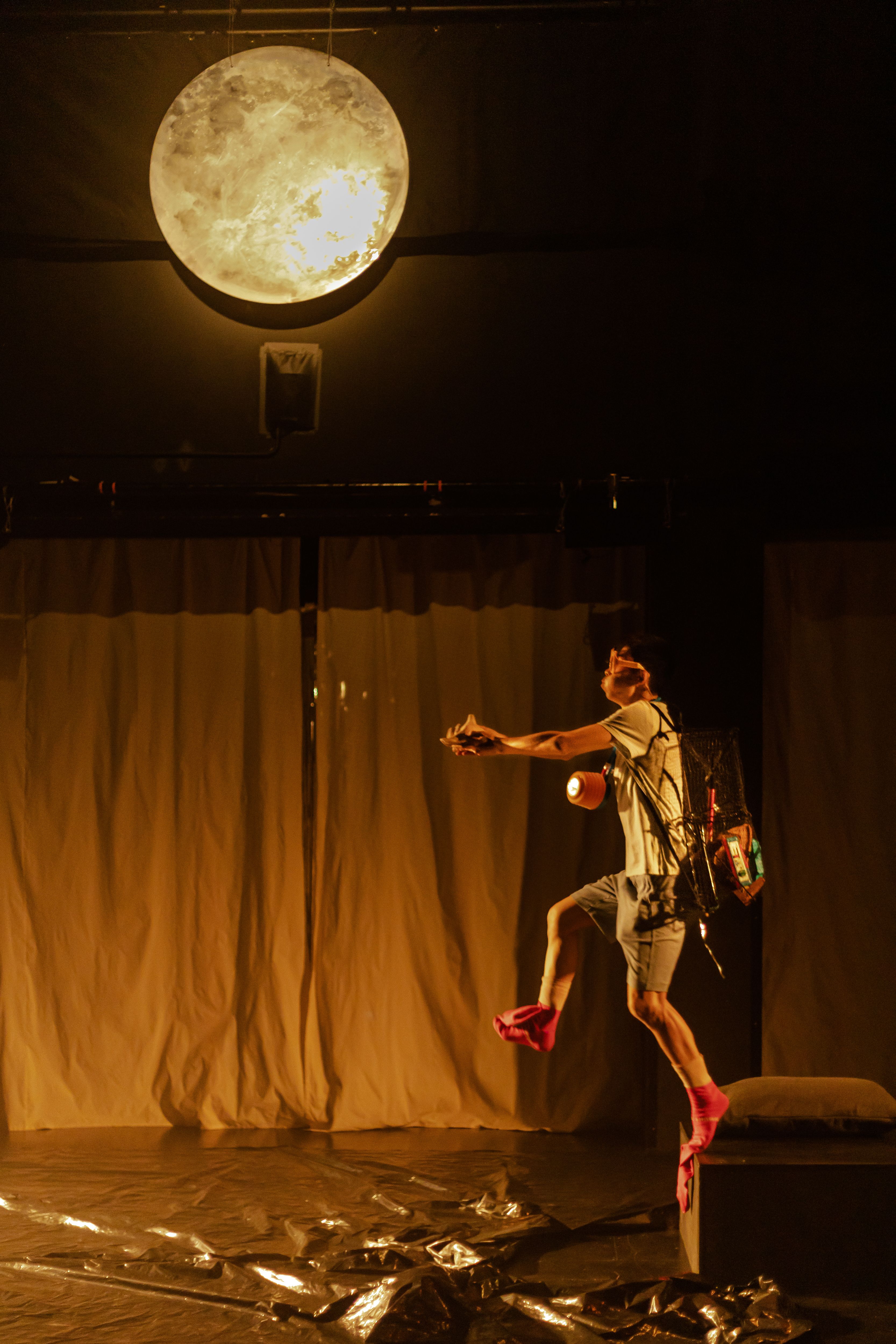