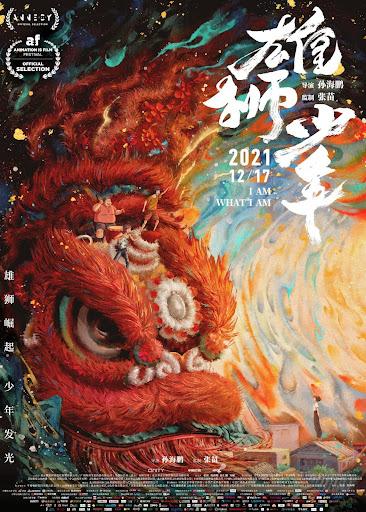 Narratively, I Am What I Am is your typical sports film about three underdogs trying to make it big via a competition. Visually, this film is guaranteed to dazzle all with its hyper-realistic lion dance animations.

A Chinese animated feature released at the end of 2021, I Am What I Am is a sleeper hit that represents the latest milestone in 2D animation, featuring lion dance animations so realistic that you may just forget that it’s animated. Directed by Chinese director Haipeng Sun, I Am What I Am /雄狮少年 is set in the rustic countryside of Guandong, where various Lion Dance troupes would compete annually for fame and wealth. Its main characters, three “loser” teenagers are inspired to overcome self-doubts and pursue their dreams together by winning the championship. It’s a rather predictable storyline, but with lots of heart. The film is mainly carried by its incredibly well-choreographed lion dance sequences, with stellar lighting and environments throughout the entire film that makes it a relaxing watch suitable for the family.

However, a drawback of the film that may have discouraged audiences would be due to the unfortunate appearance of its human characters who have dull faces and personalities (the side characters are called Cat and Dog). With their slanted eyes causing controversy on Chinese social media, it’s been explained by the director to be distinct from the typical anime-like wide eyes often seen in Chinese films recently. Yet the passion of its animators can be seen vividly throughout the film, illustrating the step-by-step process of how to prepare for a lion dance. From the quaint countryside to a bustling city, the film excellently represents Chinese culture via the journey of three adolescents into adulthood.

All in all, I Am What I Am is truly a surprise hit, with a stunning final act that I promise is worth watching on the big screen. It truly is a must-watch for any lion dance fans. 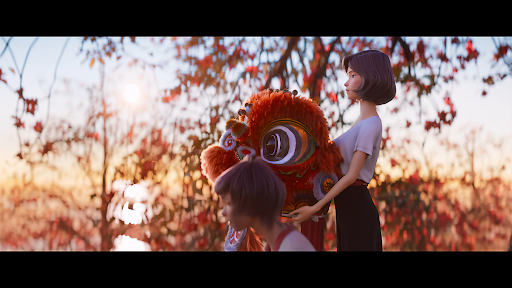