Skip to content
Loading...
Latest articles
Searching for a National Identity through SGIFF’s Singapore Panorama Short Films
To Laugh Or To Cry? SGIFF’s Opening Film ‘Assault’
What’s it like to run a film festival?
For My Highness – Sex, Drugs & A Mother’s Prayer: Interview with director Adeeb Fazah and playwright Shaleihin Pi’ee
‘The Almighty Sometimes’: Searching for Identity Amidst the Chaos of Mental Illness
Special FeaturesTheatre 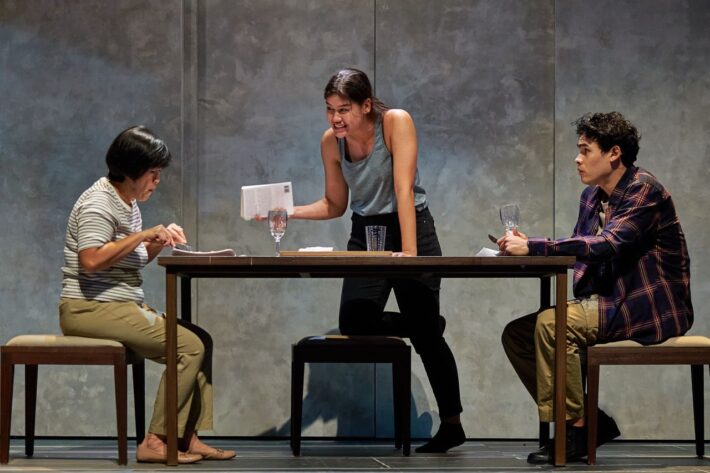 When we think of stories about mental illness, it is common to recall stories originating from the individual’s perspective, where they experience the challenges that come with having a mental illness. Yet, though we do get occasional glimpses, we rarely dive deep into the psyche of those surrounding the person with the mental illness. The richness of Singapore Repertory Theatre (SRT)’s latest play ‘The Almighty Sometimes’ lies precisely in the complexity of the surrounding characters beyond the one suffering from a mental illness that renders the play a moving and vulnerable look at one’s identity.

The play follows Anna (Arielle Jasmine Van Zuijlen), who has had an unnamed composite mental illness for a long time. For over a decade, she had been sent by her mother, Renee (Karen Tan) for therapy with a child psychiatrist named Vivienne (Shona Benson). However, upon the cusp of adulthood at 21, she decides that, lost in a confused mess of identities, she should rid herself of the medications that have confounded her for so long. It is upon making this decision where the play begins and she starts dating her long-lost classmate Oliver (Salif Hardie). 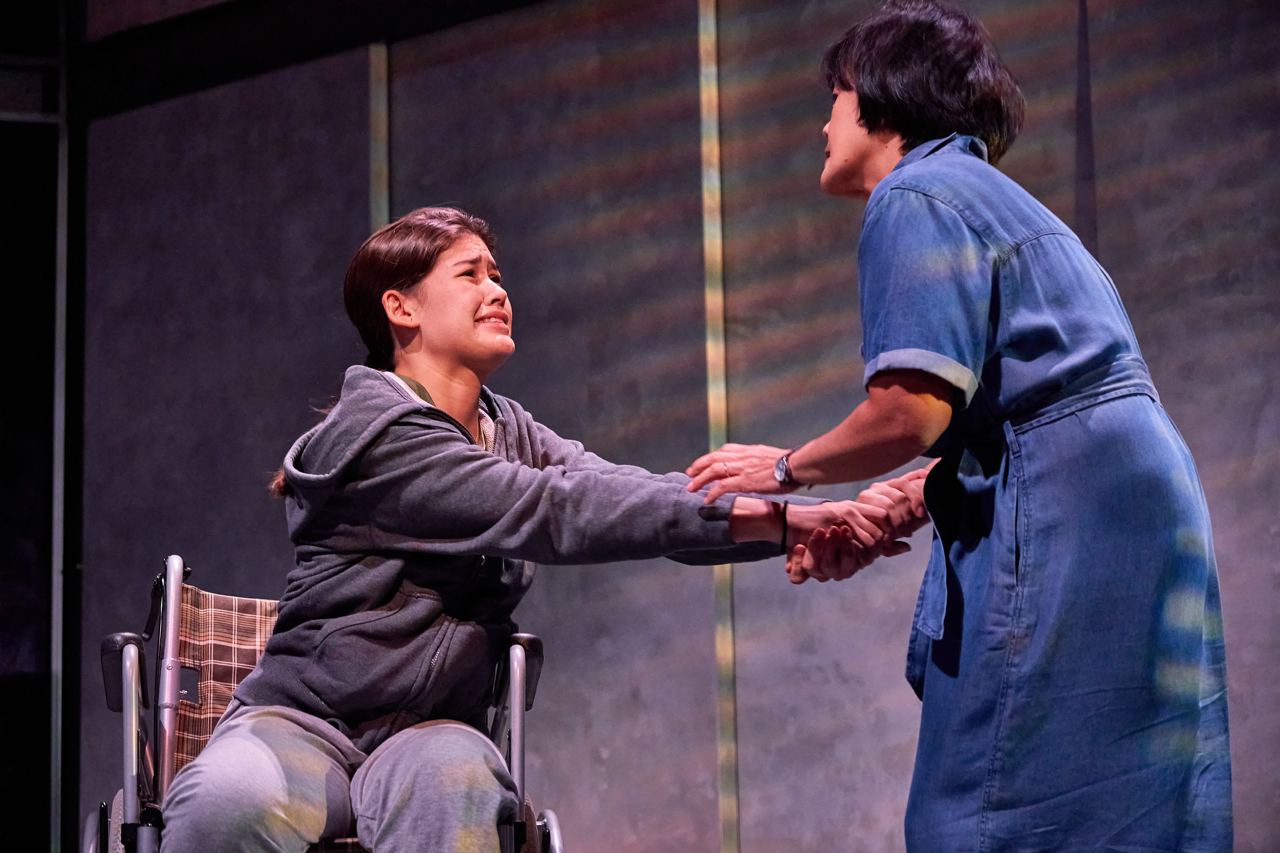 The play’s premise hinges upon Anna’s doubt if her mental illness is indeed organic and innate within her, or a consequence of the medication she has been given. Yet, it is within this uncertainty where her search for her true identity stems. Feeling like she is a “thing to be managed”, her existence has been controlled by familial and medical forces beyond her own control, stripping her of agency and individuality—therefore straying her further from understanding a stable and clear definition of her true self. The play’s structure does not allow easy access to understanding who she is too. Anna’s childhood is told differently by Vivienne, Renee and Anna, presenting conflicting versions of who Anna is and who she could be. In one moment, a recount of the stories she wrote at eight was proof of her early maturity, yet contrastingly in another, it becomes definitive proof of terrifying images belaying a hidden illness. If Anna does not know who she is, how can the audience be expected to?

However, in this search for the self, the play searches for answers and clarity in the people around her. Renee, as a schoolteacher, knows Oliver intimately. While this relationship offers a treasure trove of comedic opportunities, it also offers different perceptions of Renee: a caring teacher who drives Oliver home and a complex human being who encourages Oliver to start swearing as loudly as he can. Just as how Renee encourages Oliver to call her by her name as a normal person would (“What? Like I’m an actual person?”), we are encouraged to see the Mother character for all her concerns, complexities, and confusion too. She goes beyond the maternal archetype to become a realised individual. Later on, in a moment of vulnerability, we see her asking Vivienne for a referral to one of her other psychiatrist colleagues, which exemplifies the complexity of the characters beyond the one with a mental illness. The title itself comes from a concern of Renee’s, wondering if her filling of Anna’s psychiatric documents with ‘Always’, ‘Never’ or ‘Sometimes’ inevitably led to the choice to emphasise the ‘sometimes’ when Anna was worse than the other times when she’s alright, showcasing the role that Renee plays in shaping the narrative of Anna’s illness. Brilliantly captured by Karen Tan’s deeply vulnerable and thoughtful performance, Renee becomes an amalgamation of identities herself. As a foil to Anna, it becomes clear that neither mother nor daughter have any clear sense of their identities, which in turn compound upon Anna’s own search for who she is.

Most stories would have stopped here, but ‘The Almighty Sometimes’ does not. Emphasising the complexity of one’s identity, Vivienne  also has a complicated inner world that offers no clear understanding. While caring and nurturing as a psychiatrist, she is also portrayed to be exploitative and dishonest. In positioning all these characters together, the play allows for a complex and nuanced approach to grappling with mental illness, identities, and the relationships tying these themes together. We are reminded that not only is the person  suffering from a mental illness alienated from their  identity, but all of us are too. Instead of that reminder being a point of anxiety, perhaps it can be a comfort to Anna that her suffering is not entirely her own. 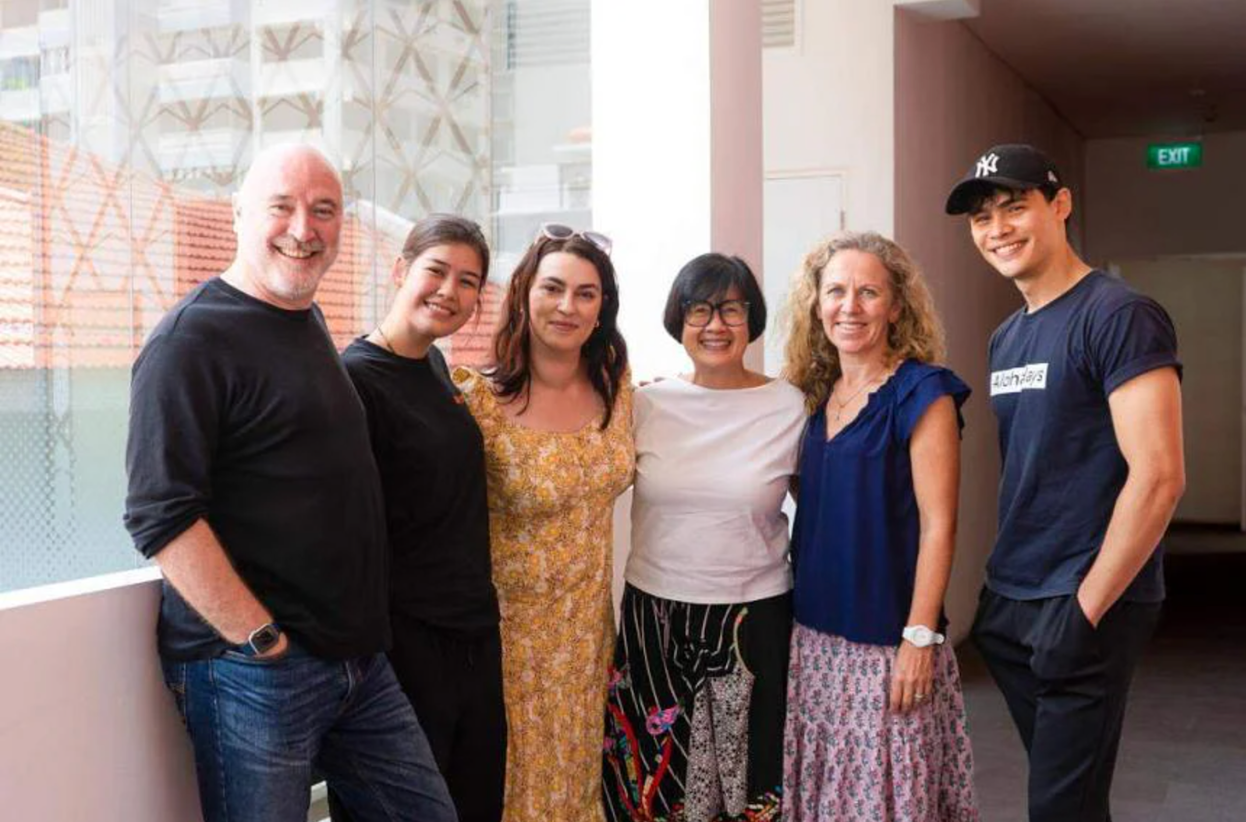 The cast and director, Daniel Jenkins, of ‘The Almighty Sometimes’ 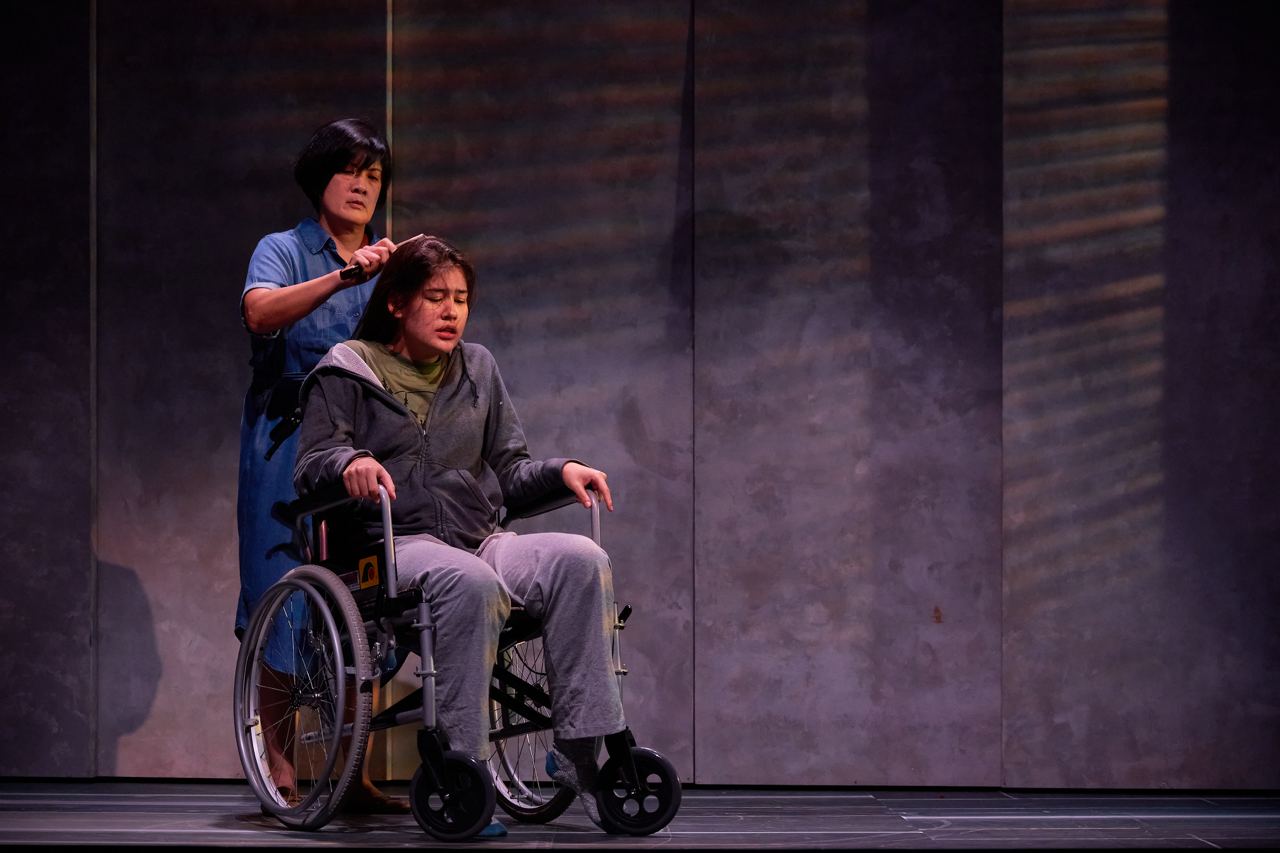 There’s a moment in the final scene where both mother and daughter share a light moment getting to truly know one another. As they sit together, time slows. A long pause is permitted. Unlike the chaos of earlier and a scene of the sound of a clock speeding up, the characters finally have time to simply be. As most young people would relate to, our youth is characterised by the uncertainty and chaos of the search and creation of our own identities. Yet, it is within this confusion that the eventual comforts and answers can be found by the people around us. While Anna explodes that she is a “thing to be managed”, the line also negates the indirect object – by who? Even as she is managed by herself, her mother, her psychiatrist and her boyfriend, there is a resolution to all the chaos: the relationships shared with others in one’s life. Within a chaotic turning world of change and in Anna’s case, mental illness, a still point in the relationships developed with the ones we love is the answer we need.

The play is currently being staged at KC Arts Centre till 26 November 2022.