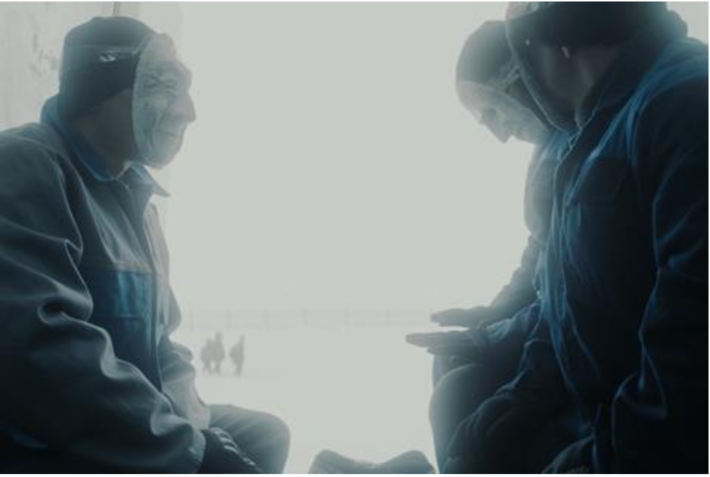 To Laugh Or To Cry? SGIFF’s Opening Film ‘Assault’

When talking about cinematic universes, it’s easy to refer to the Marvel Cinematic Universe. After all, it has been the decade’s most prevalent and popular film franchise. Yet, zooming into the cinematic universe of the imaginary village Karatas by Kazakh director Adilkhan Yerzhanov, one would be treated to a different kind of universe: adverse, amoral, and absurd.

Of course, Karatas is an allegory for the larger Kazakh society. To demonstrate the moral bleakness of the world, Yerzhanov’s latest film ‘Assault’ presents a group of unknown terrorists’ sudden takeover of a school. Whether it is the principal’s berating and abuses on a drunken watchman, or a homophobic caretaker bullying the music teacher, we are presented with the blindness and ignorance prevalent in Karatas that allowed the terrorist group to enter the school undetected, which could imply a larger moral blindness within society. 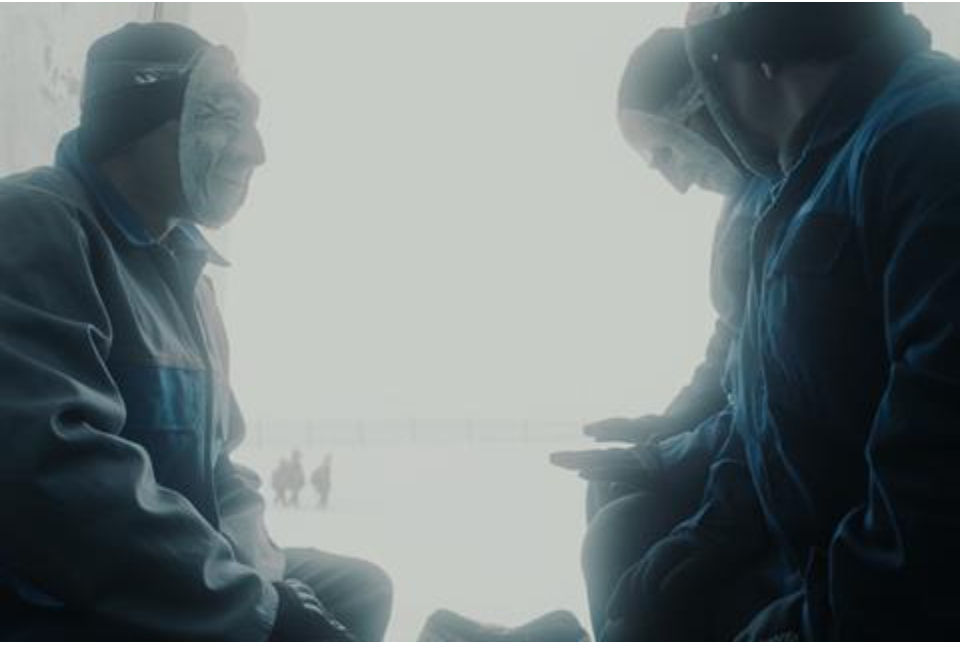 The film opens with the terrorists’ assault on the school, undetected.

The larger moral dilemma is presented through the protagonist: a meek but rational Mathematics teacher, Tazshy, who, in shock, leaves a class of students (including his son!) locked inside the classroom while escaping the terrorists. It is not until he is in the clutches of safety that he finally confesses to his colleagues and other parents that he had not let the students out, unlike what he previously claimed. In spite of his arguments on pragmatism, Tazshy is the moral focal point and surrogate for the audience. His struggles with his guilt and masculinity through his failures are invitations to question the violent consequences of a thoughtless and mockable patriarchy.

The film journeys between comedy and tragedy (sometimes in the very same scene) to present the absurdities of such a society. All the characters planning an assault on the terrorists are men. But they are drunkards, village idiots, irresponsible, cowards, liars and corrupt. None of them can shoot. Only a woman, the ex-wife of Tazshy who had come to stake a claim over their son, is seen to be competent. Yet, even then, just like how she left the family, she is depicted to resist the clutches of responsibility. All the characters are morally bankrupt, but the audience is forced to put faith into this bandwagon of bumbling baboons to save the children. The masked portrayals of the terrorists are all the more poignant, as a way to unmask the moral bankruptcies of our society. 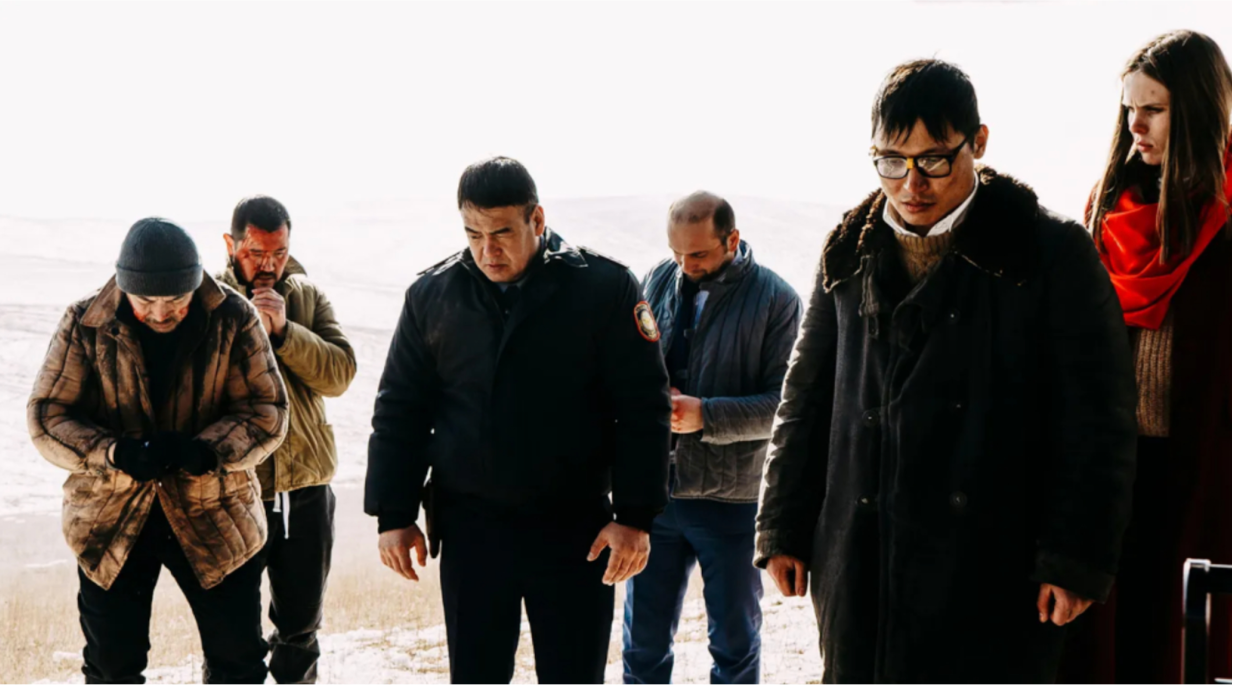 The band of unimpressive men attempting a counter-assault on the terrorists.

Yerzhanov expertly uses the thriller genre as a starting point to explore these larger concepts and commentaries on Kazazh society. As with absurdist filmmakers like Yorgos Lanthimos (The Lobster and The Favourite) and the Daniels (Everything Everywhere All At Once and Swiss Army Man), a control of tone sets the works apart from mediocre works. Yerzhanov does this perfectly. Even after moments of comedy or tragedy, he stays on a shot long enough for the gravity of what a scene represents or critiques to sink in. Cinematographer Aydar Sharipov’s shots, particularly of the ones of the ragtag team training in the winter, create images of exquisite beauty that juxtaposes the ugliness of the society reflected, as if emphasising the hopelessness of a society that is selfish and amoral.

Perhaps what makes ‘Assault’ stand out from other moral and thriller works is the ending that shocks, but does not surprise. With an unraveling of the post-assault situation that exposes the true political and societal ill in Kazakh society, Yerzhanov’s film becomes a courageous censure of the political corruption that underscores and sanctions the amorality of present-day Kazakhstan. For a director with impressive artistic output over the past years (just three in 2022 alone!), it is clear that Yerzhanov has much to say. With his unique use of genres and technical expertise, he proves himself as a vital cinematic voice to pay attention to. The Singapore International Film Festival (SGIFF) has long been a champion of unique and daring voices in contemporary cinema. This year is like no other, with a film like Yerzhanov’s to open the festival.

Catch SGIFF’s opening film ‘Assault’, and ‘Goliath’ by the same director at the Festival. Adilkhan Yerzhanov will also be present with his frequent collaborators at a forum on 25 November 2022. Buy your tickets at sgiff.com.