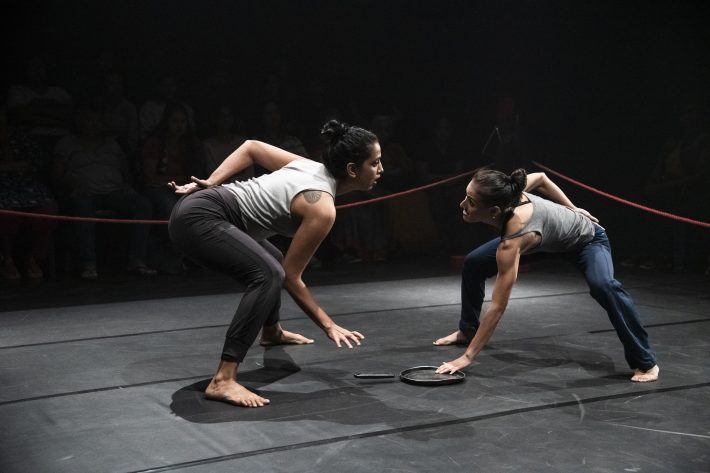 When I first read the synopsis for the show, my first thought was, “Oh yay, another unsolicited take on the woes of being a woman.” Don’t get me wrong, I am all for more conversations on women and our collective struggle — but there has just been so much empty talk as of late. The bandwagon of performative feminism (in this case, literally) was getting a little crowded, and I did not want to sit through a full hour of that.

Five minutes into the show and I was a little confused. Ten minutes in and I was warming up to it. Twenty minutes and one frying pan later, I was hooked. 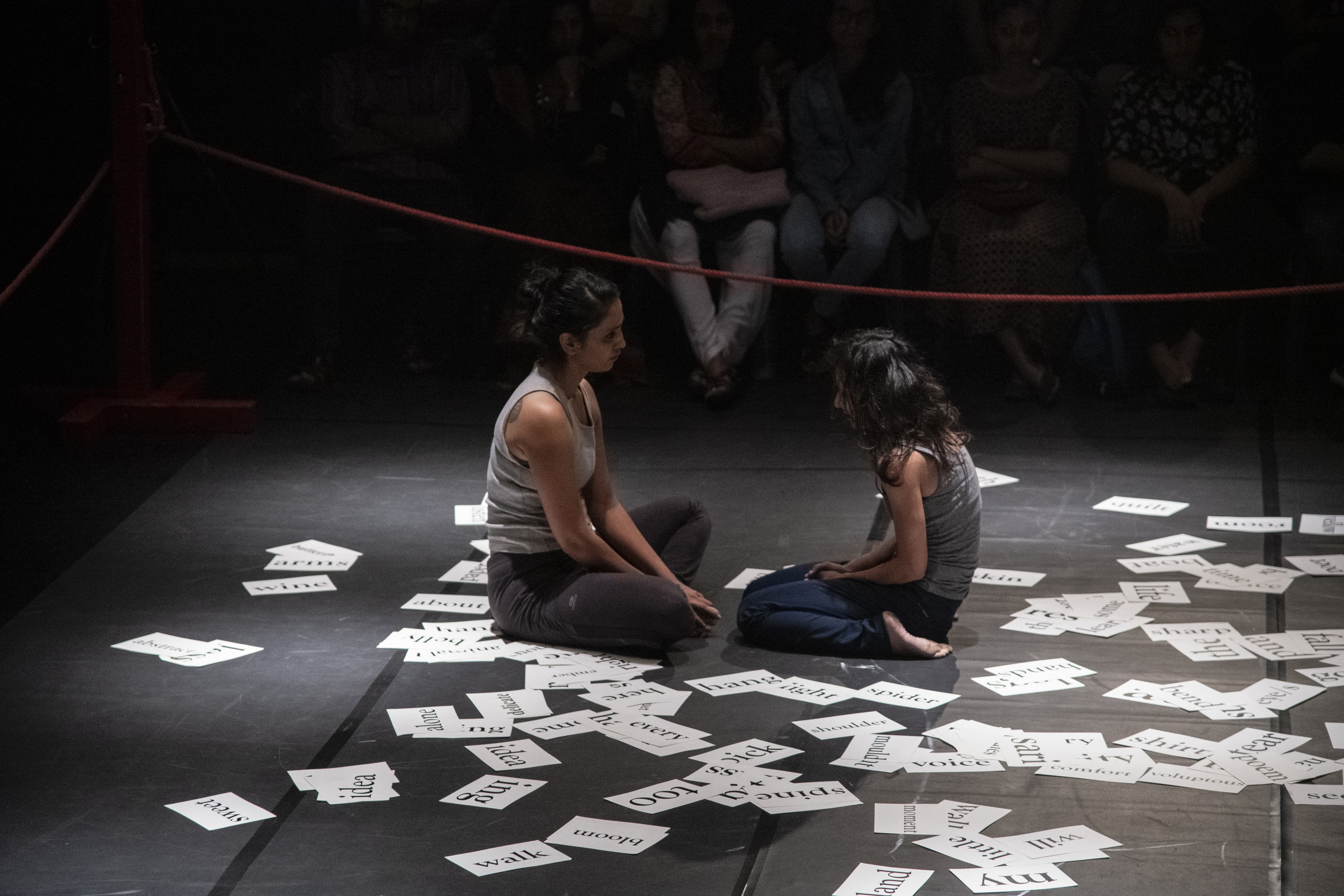 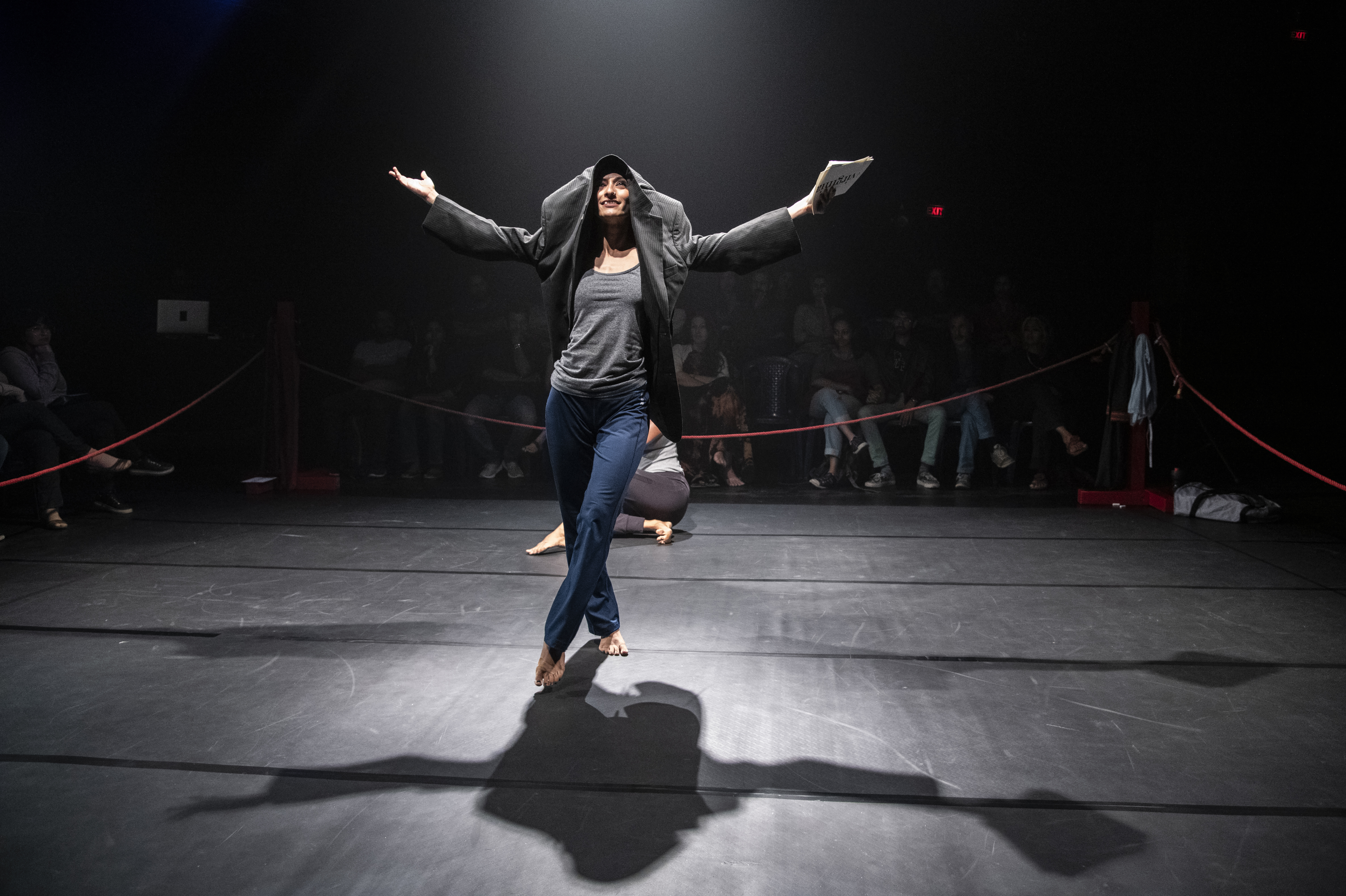 Directed by Deepika Arwind and performed by Ronita Mookerji and Sharanya Ramprakash, i am not here is as redolent of its title as it can get. The production is a dance-theatre piece that highlighted the invisibility of women in the arts and the challenges they face in an industry dominated by male creatives. 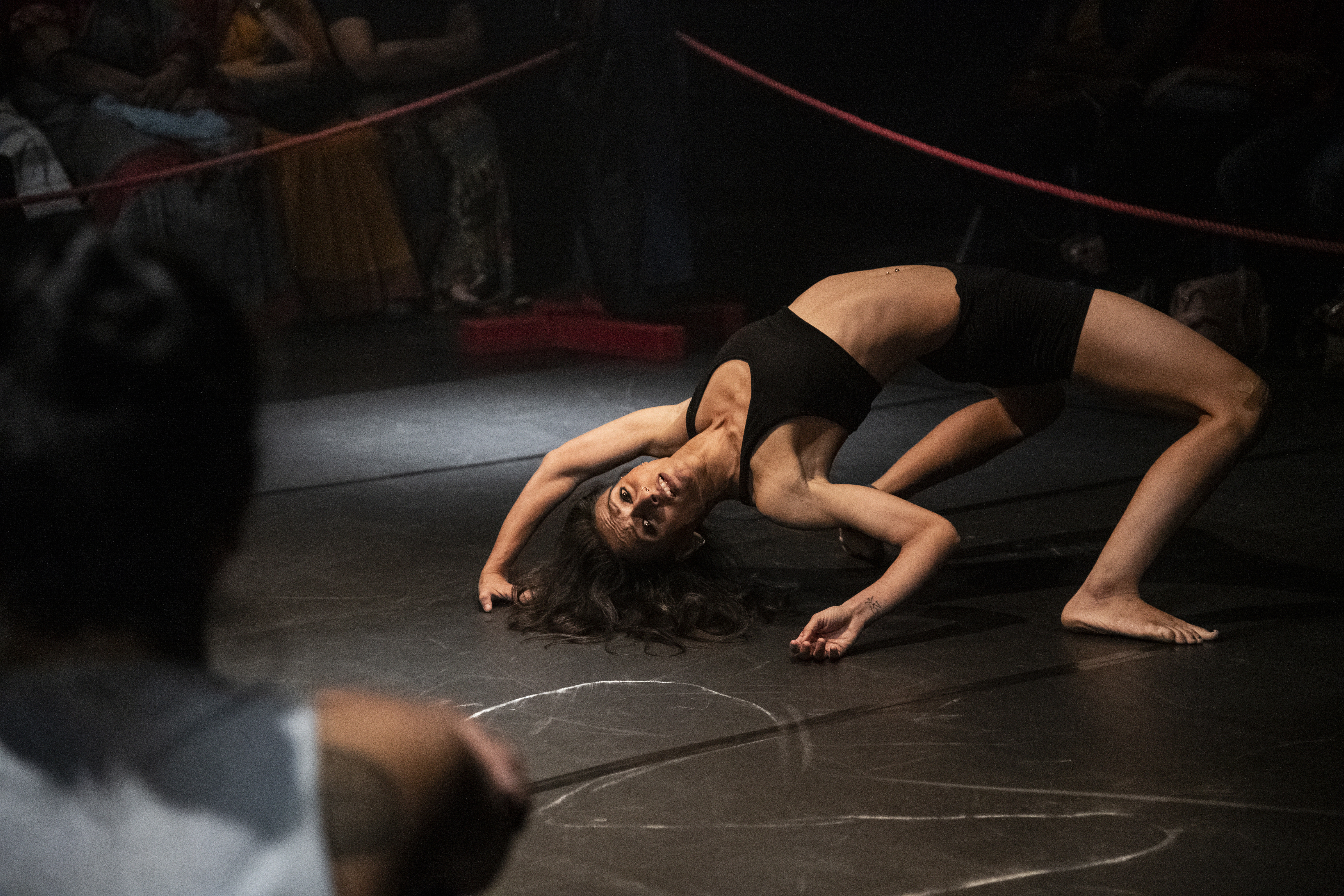 Set in a boxing ring, the two performers shapeshift from character to character, bodies moving fluidly to the tantalizing music. The performers were not here to play. Their commitment to their roles could be felt in the angst and vulnerability that seeped from the characters as we moved from one scene to the next. The storytelling was a little abstract for my taste, and it took a while to get used to. Beyond that, however, one must be an absolute fool to not feel or see the sheer frustration these women have very cleverly depicted through the act. At its climax, I found myself frowning deeply, emotions washing over me like a tidal wave. The piece was a reminder of the everyday pains of being in a world where women are often invalidated and feel the need to prove themselves otherwise.

The audience, too, played a crucial role in this Brechtian-style piece. From my screen, I was able to observe the reactions of the audience to each move the performers made. The sheepish laughter, thoughtful gazes, or quiet stillness — unknowingly, the audience has become an integral element of the show, providing live, unfiltered commentary to the struggles of these women. While having to move the production online might limit the immersive experience by having it be physical, I do see the value in offering a different perspective online.

As the show came to a close and the performers tore down the ring, the fight to be heard has only just begun. I felt an unexplainable sense of loss as I watched the ending credits roll. All I can say is, if you’re looking for a raw, uncensored display of feminist indignity, then this might just be your cup of tea.