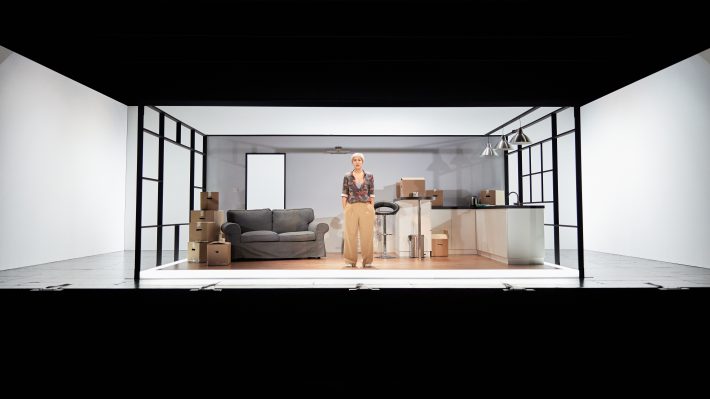 Produced by Singapore Theatre company Pangdemonium and played by Nikki Muller, Girls & Boys, a play by Dennis Kelly originally performed at the Royal Theatre, is now in Singapore.

The play starts off by establishing a connection with the audience. The main and only character, only known as “woman”, shares how she first met her husband. In the first ten minutes, we can tell that she is a lady with a bright sense of humour, and knows it. She engages the audience, making it feel like an intimate conversation between the audience and her character. At some moments, she even points directly at the audience, garnering a response or referring to a specific audience member. This made the whole play more interactive and intimate, something that is not often used in other plays for the fear of breaking the fourth wall and breaking the scene. The scene is set to show her at home, hinting that she is moving out as she packs her belongings into boxes. 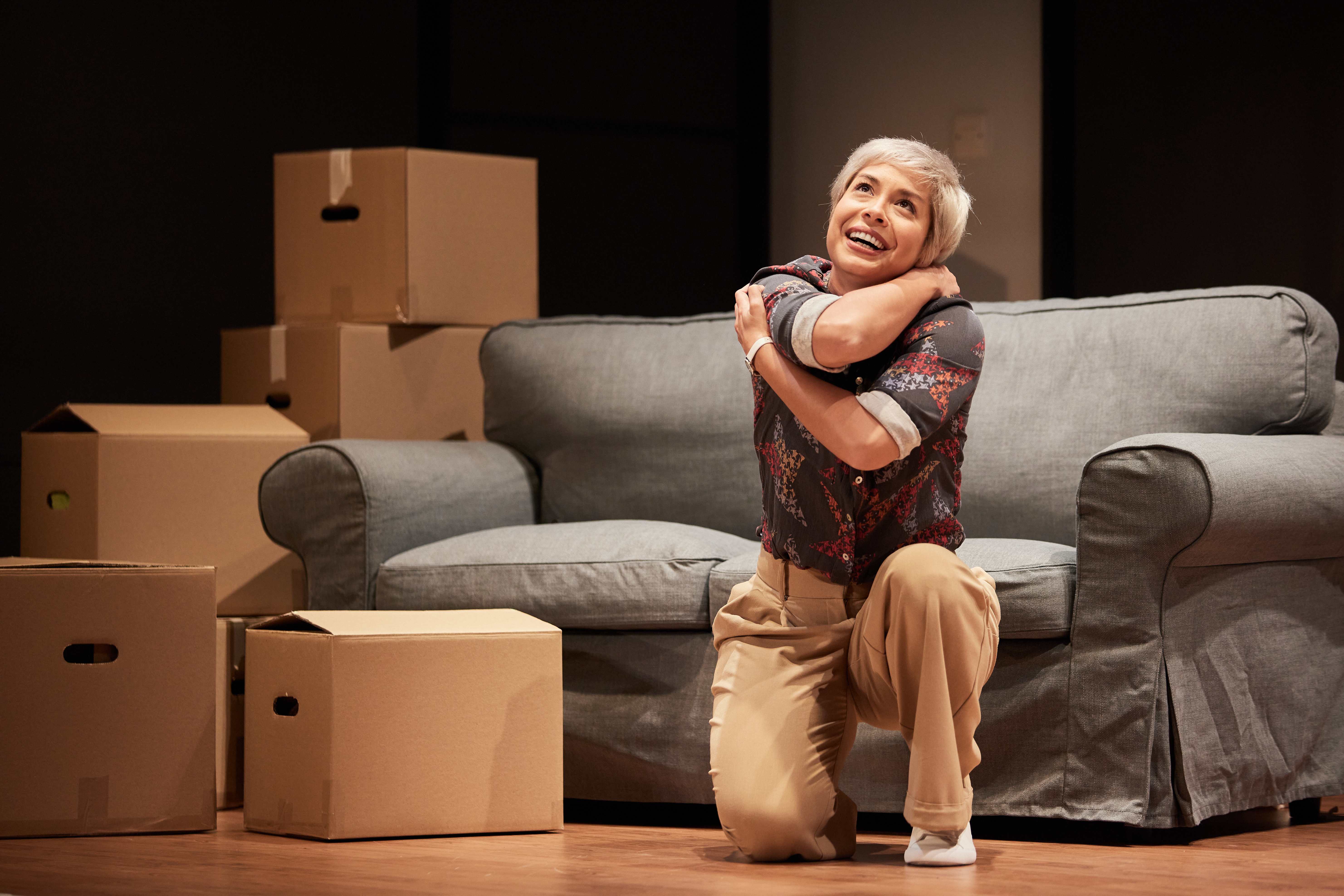 Unfiltered, confident and unfazed. Those were my first impressions of “woman”. She shares her encounters of being lost in life as well as her interactions with romantic partners — all experiences so relatable and hilarious that have the audience chuckling at her bluntness and mannerisms when telling of her adventures.

Throughout the play, the scene alternates between the narrative with the audience and the scene of her interaction with her two children, Danny and Leanne. It’s a heartwarming scene of parenthood, slowly revealing the vulnerabilities of “woman” as the audience gets a better look at her struggles and how she’s just trying her best to be a good mother. Nikki does this alternation well; with the help of the set design, she is able to distinguish between telling the audience a story and showing the audience her life at home. The storytelling scenes were just white light, making it seem like a more open environment, while her scenes at home used atmospheric lighting with a bit of shadow play to give a more homely vibe. Additionally, it is worth mentioning that despite it being a one-woman play, Nikki did so well in interacting with the “invisible children” — it was almost as if they were really on stage!

However, as the play progresses, I can’t help but have an ominous feeling that something is amiss. I’m not saying this because I’ve heard reviews of the play. I’m saying this because throughout the interactions with her children, not once does the father appear in the scene. 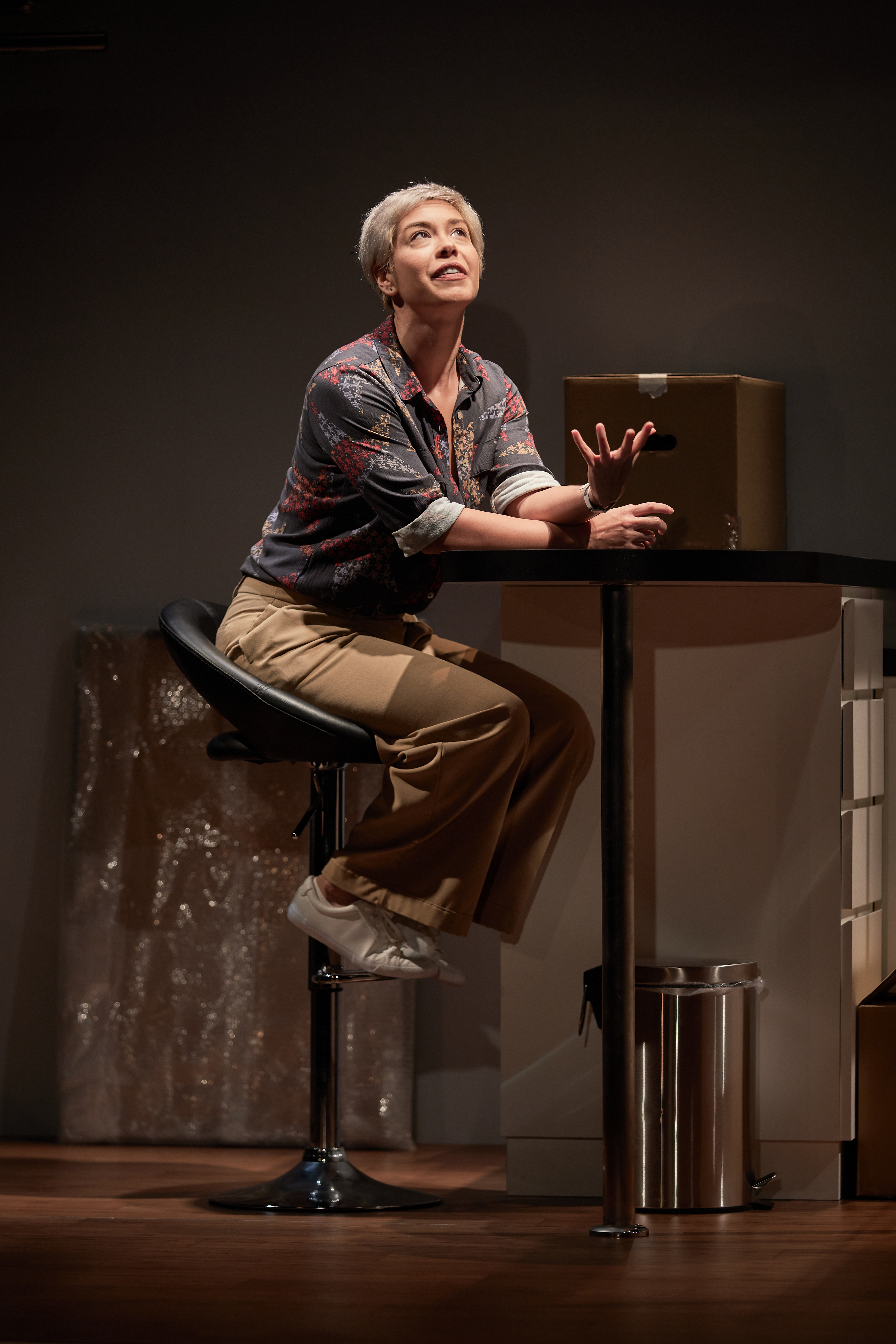 At the climax of the show, the mood in the theatre shifts as several dark truths are revealed to the audience. Nobody is laughing anymore.

My co-writer and I found ourselves unconsciously leaning forward in our seats, hanging on to every word she spoke. In the final scene, she finishes her packing, perhaps not just physical items but also her memories and emotions. We get our closure, the lights go out and a rumble of applause could be heard.

This one-woman play really gave Nikki time to shine. From holding the fort over 100% of the dialogue, portraying interactions through accent changes from British to Scottish, to scene-setting, there is no time to breathe for Nikki. Something amusing is that the production uses a sly technique by incorporating Nikki sipping water into the script to allow for her to have moments of vocal lubrication. Props to Nikki for keeping the energy consistent throughout the play and for being so engaging.

The little details truly make a difference to a theatrical experience, and this holds true for Girls & Boys. Something else I appreciated was the well-timed change in the ambience: lights grew warm and dimmer when the plot took a turn in direction, white noise emitted in the background cut off before “woman” uttered a shocking truth. These elements were subtle but contributed to the sensory experience which I really appreciated.

Although the play started on a slow note, the building up of the various experiences shared would eventually be revealed to be critical elements to the climax of the production. Despite the danger of a play turning lukewarm due to the lack of characters, this was not the case for Girls & Boys. Even the dialogue with “woman” and her children was kept lively, all despite the audience not knowing the replies of her children who were not revealed throughout the conversations. Despite several conclusions at the ending that seemed debatable, the story creates a deep connection between the character and the audience, and at the end, you’d wish you could tell her “thank you for sharing your story.”