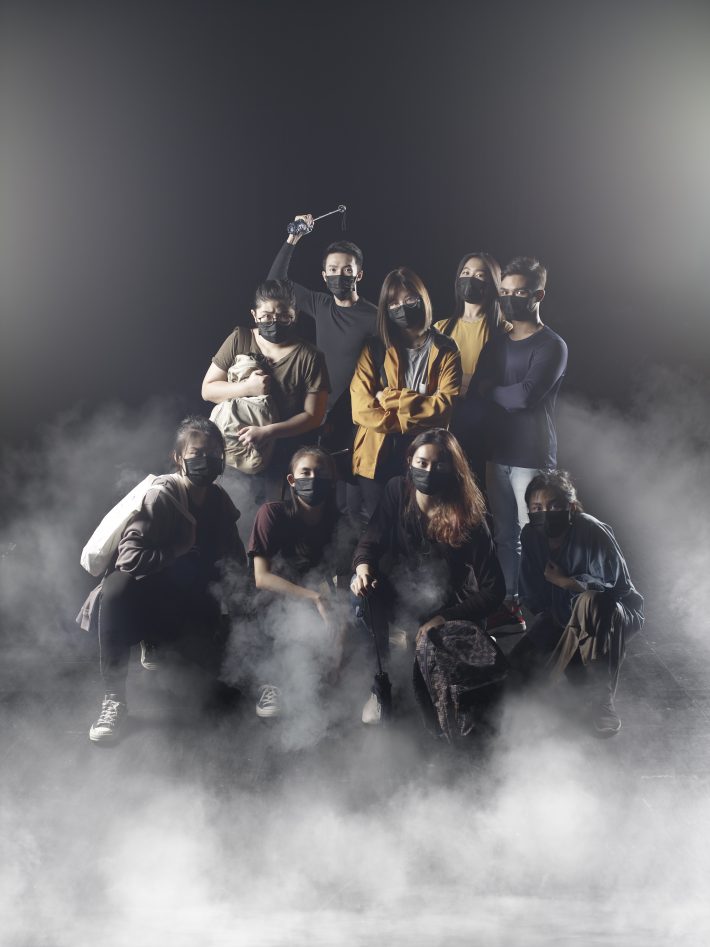 These pandemic-era social distancing measures have changed theatre and the way we enjoy it — whether its zoom performances or live streams, most of us now view performances from the safety of our bedrooms. This year, the M1 Singapore Fringe Festival returns in a hybrid format with both live performances and video-on-demand streaming. In order to fully experience this performance, artjam sent two writers to review both the stage and screen versions of Havoc Girls & Kamikaze Boys. Here are the verdicts:

As a youth myself, my curiosity was at an all-time high when I read of how Havoc Girls & Kamikaze Boys (written by Nabilah Said and directed by Brian Gothong Tan) is a production that delves into the plight of youth experiencing social and political upheavals specifically. Coupled with this being an elusive topic that is not commonly explored in productions, this was one which I knew I certainly did not want to miss out on.

Upon clicking the play button, the opening scene that greeted me was one of the students performing a musical number to the DJ Xiao Xiao remix of “对你爱不完” (I Love You Endlessly) by Aaron Kwok. Whilst confused, the backdrop of colourful multimedia visuals captivated and mystified me endlessly, with the accompanying lighting in varying hues accentuating it even further. The numerous neon signs depicted in it carried out the effective task of setting the scene in Hong Kong — homeplace to the riots.

Before watching, I must confess that I had expected the production to take the easy route out with the cast conversing in English entirely. However, I was pleasantly surprised when the actors took on the challenge of delivering their lines in Cantonese, complete with an accent. Although choppy and disjointed at particular points which broke some of the immersion for me, there was a commendable effort made to navigate through the lines under this artistic direction.

The employment of three large-screen monitors which featured scenes that bounced between the bustling city, scenes of riots and the police added an extra layer of depth to the concurrent happenings on stage. Apt usage of smoke machines and blaring noises also helped to realistically depict the amount of chaos present amidst riots and altercations.

A scene that resonated with me deeply was one where the police took center stage, carrying out physical violence against a helpless old man and causing him grievous harm. This was an instant reminder of the Black Lives Matter protests that happened in America last year, where countless videos of police brutality flooded my Twitter feed back then — a startling but much-needed reminder of the grim realities evident in society today.

Progressing on, the production also covers the non-linear storylines of the Arab Spring conflict as well as the Thai cave rescues (a race against time to save a soccer team and their coach from the looming danger of monsoon floods). Instances such as the over-exaggerated coverage provided by American documentary producers during the cave rescue managed to draw out fits of laughter from me. These provided a light-hearted release from the contrasting heavy matter of conflicts.

Opting to focus on the plights of youth undergoing social and political upheavals, the production does its job in bringing this unique concept to life. While there were some debatable moments throughout the production (such as a reporter making weird jellyfish-like movements around the stage), the complexities of the issues were highlighted in an engaging manner that is sure to draw one’s attention.

Most importantly, Havoc Girls & Kamikaze Boys also acts as a form of affirmation for youth, letting them understand that they do possess the power to bring change to the world should they choose to do so. 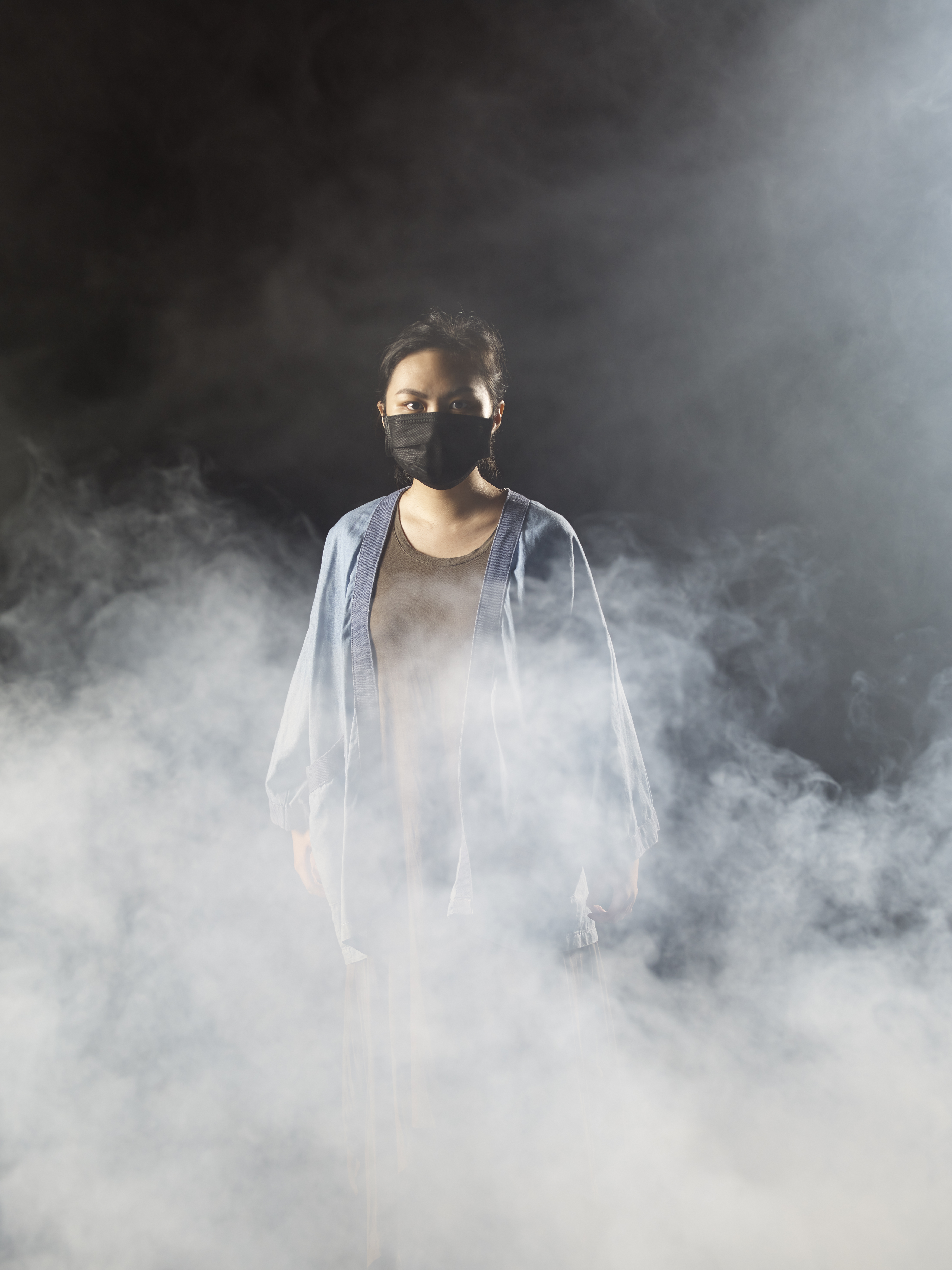 Returning to the intimacy of a theatrical black box space after a year of social distancing was a welcome sensation. On a rainy Thursday evening, I found myself in the front row of the NAFA Studio Theatre, about to watch Havoc Girls & Kamikaze Boys. Directed by Brian Gothong Tan and written by Nabilah Said, the play tells the thematic story of brave, driven youths and their fight to right in the wrongs in this world. This work takes viewers around the world to three different situations which allow the production to explore the above themes in depth — these are the Hong Kong Student protests, the Arab Spring and the incident in the Thai caves. The spirit of these fiery youths is well captured by an ensemble cast of theatre students from the Nanyang Academy of Fine Arts. This cast rose to the difficult task of embodying several different characters across these three scenes.

The play begins with an eye-catching song and dance number to a Mandopop song against visuals of the dazzling Hong Kong skyline. As an aside, the multimedia elements of the production are simply stunning, created by Tan who is also a renowned multimedia designer. These screens transform the simple black box into various settings – a cave in Thailand, the bustling streets of Hong Kong and a palace in the Middle East. The visuals also complement various scenes, whether they are dream sequences or contemplative monologues.

Narrative-wise, each of these 3 storylines adds new dimensions to well-known events in contemporary society.

The first story adds names and faces to 2019’s Hong Kong protests, taking us through the protest via the eyes of two friends, Fidelio and Rose, who find themselves at the centre of the revolution. Then, the Hong Kongers were transformed from nameless hordes on television during primetime news to actual people such as Fidelio and Rose (along with their friends and family) invite audiences into their complicated world and allow us to realise what is truly at stake for them.

In the Arab Spring sequence, an unnamed dictator torments a young punk rock group struggling against censorship in their conservative country. The dictator, flamboyant and dramatic, remains one of the most memorable characters across the whole play. Meanwhile, the final sequence is light-hearted and hopeful, imagining what might have gone down as those boys remained trapped in their caves.

Overall, Havoc Girls & Kamikaze Boys is a thought-provoking piece that I would highly recommend everyone to watch. The issues that the play touches upon are ideas and events that have sent ripples around the world, tugging on our heartstrings. Ultimately, the message of the play is an empowering one — reminding us all of the power that we have to enact change in society and encouraging us to use it.