Skip to content
Loading...
Latest articles
USPresents: Two Wandering Spirits, Three Government Officers (and other assorted ghosts)
I Am What I Am – The Latest Animation Milestone via Hyper-Realistic Lion Dances
Harvest Moon – A Cafe Pop Playlist by Where Are The Fruits
Characteristics of Modern Living Exhibit A
Dances with Mushrooms
Special Features 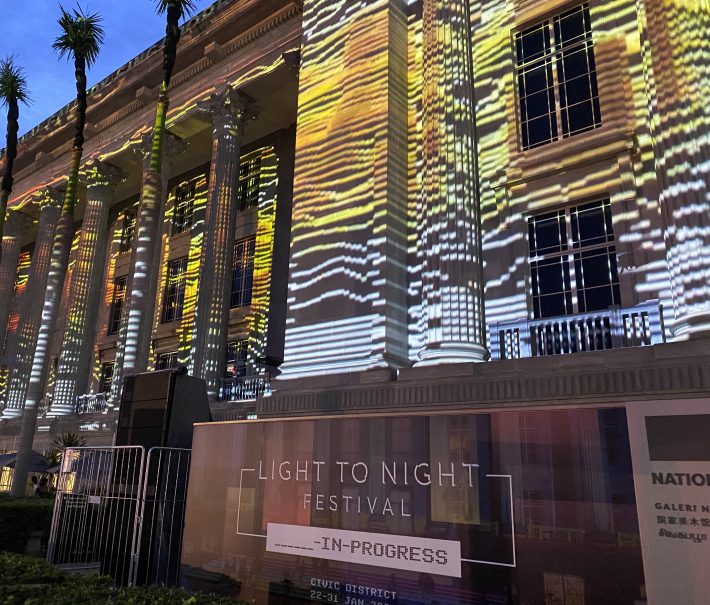 As with previous years, the Light to Night Festival drew a huge crowd to Singapore’s city center. The theme of this year’s festival titled ‘____-in-Progress’ is reflective of how the pandemic has currently put our lives on hold and yet we should never see this as a stop, but merely a pause on our journey.

Apart from the light shows, which is its best-known feature, the festival also featured installations inside the National Gallery and the Asian Civilisations Museum.

Two of the many installations in the National Gallery which made an impression on me were ‘Arrive, Arrive’ and ‘What’s Your “In Progress”?’.

‘Arrive, Arrive’ is an installation displayed right at the entrance of the museum. The boat-like structures are meant to reflect light from the glass ceiling, showcasing different shades of the installation. I visited the museum just as the sun was setting and managed to catch the pastel-coloured reflections. This was incredibly different from the photo on the website. I suspect that the time of the day in that photo was different, thus allowing the visitors to catch a glimpse of the different sides of the same installation depending on when they see it. It was truly, a change-in-progress. 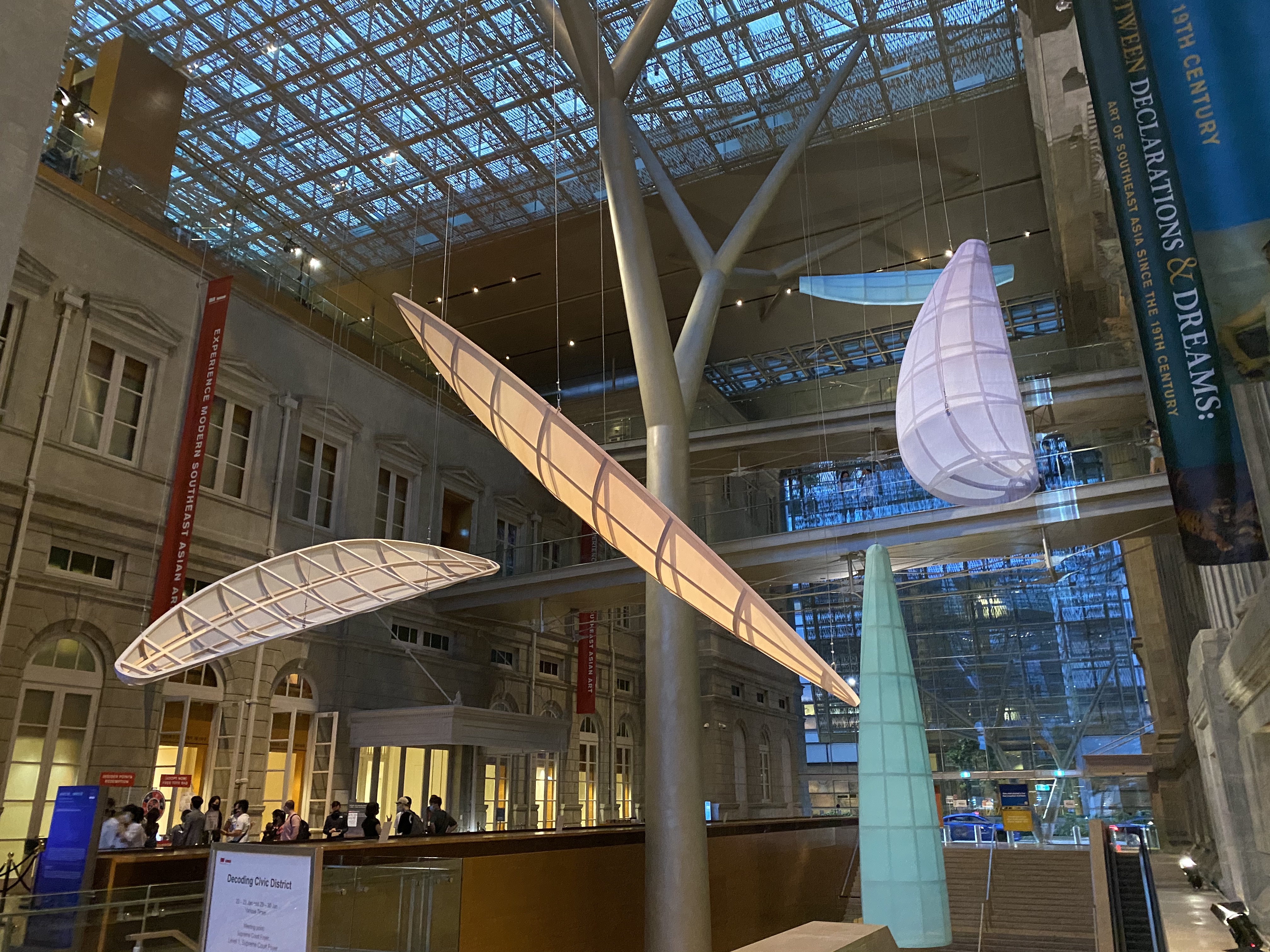 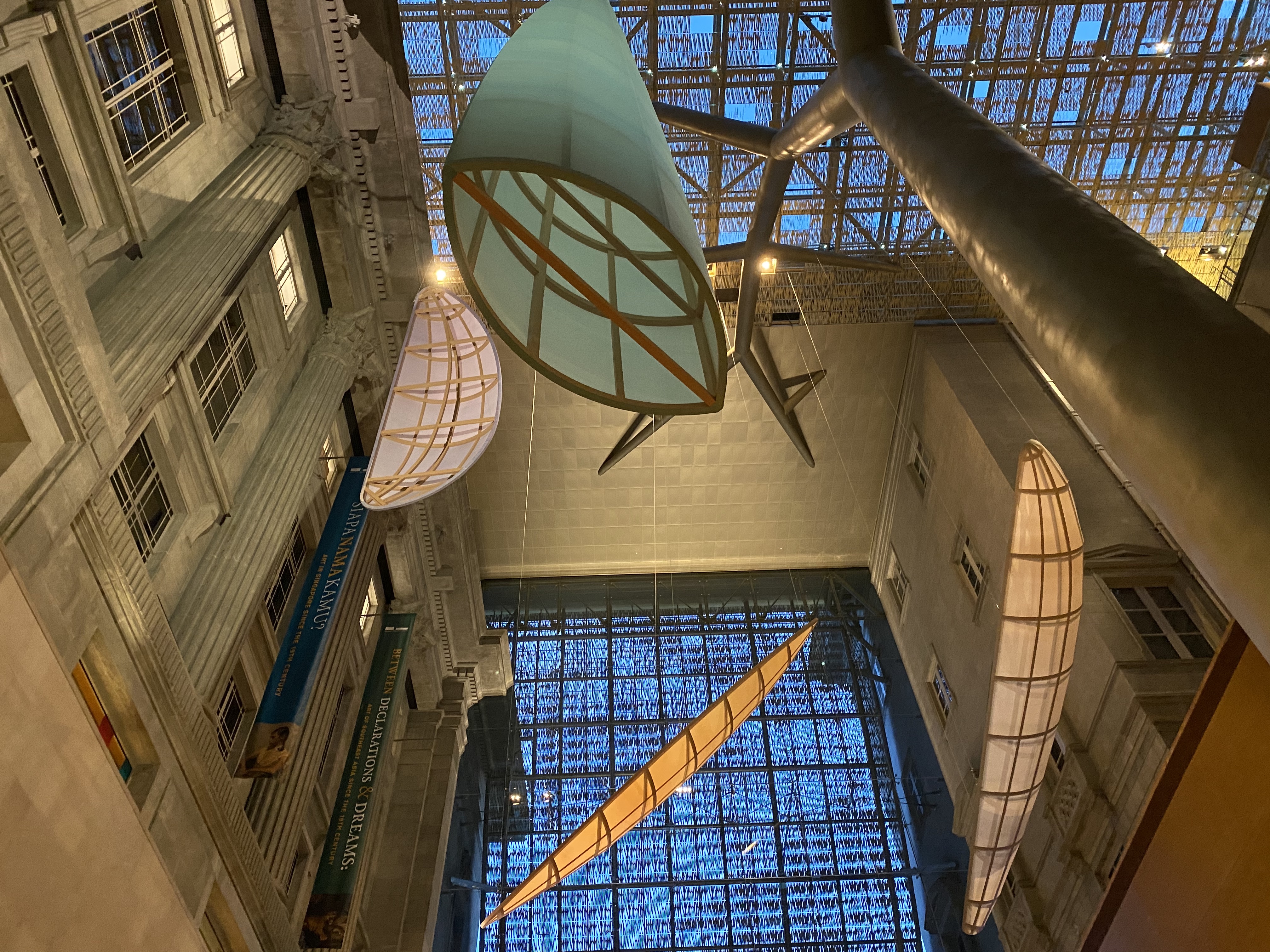 ‘What’s Your “In-Progress” was an interactive installation that gave visitors the chance to contribute to the installation. Visitors were given a piece of string where they were to form a line which represents how the year 2020 was for them and their hopes for 2021. While the installation did not appear to be as visually appealing as the other pieces of art the festival had to offer, it felt like the one I was best able to relate to. It felt the most authentic and gave insights into how people felt, especially in a time of uncertainty, letting us know that we are not struggling alone. 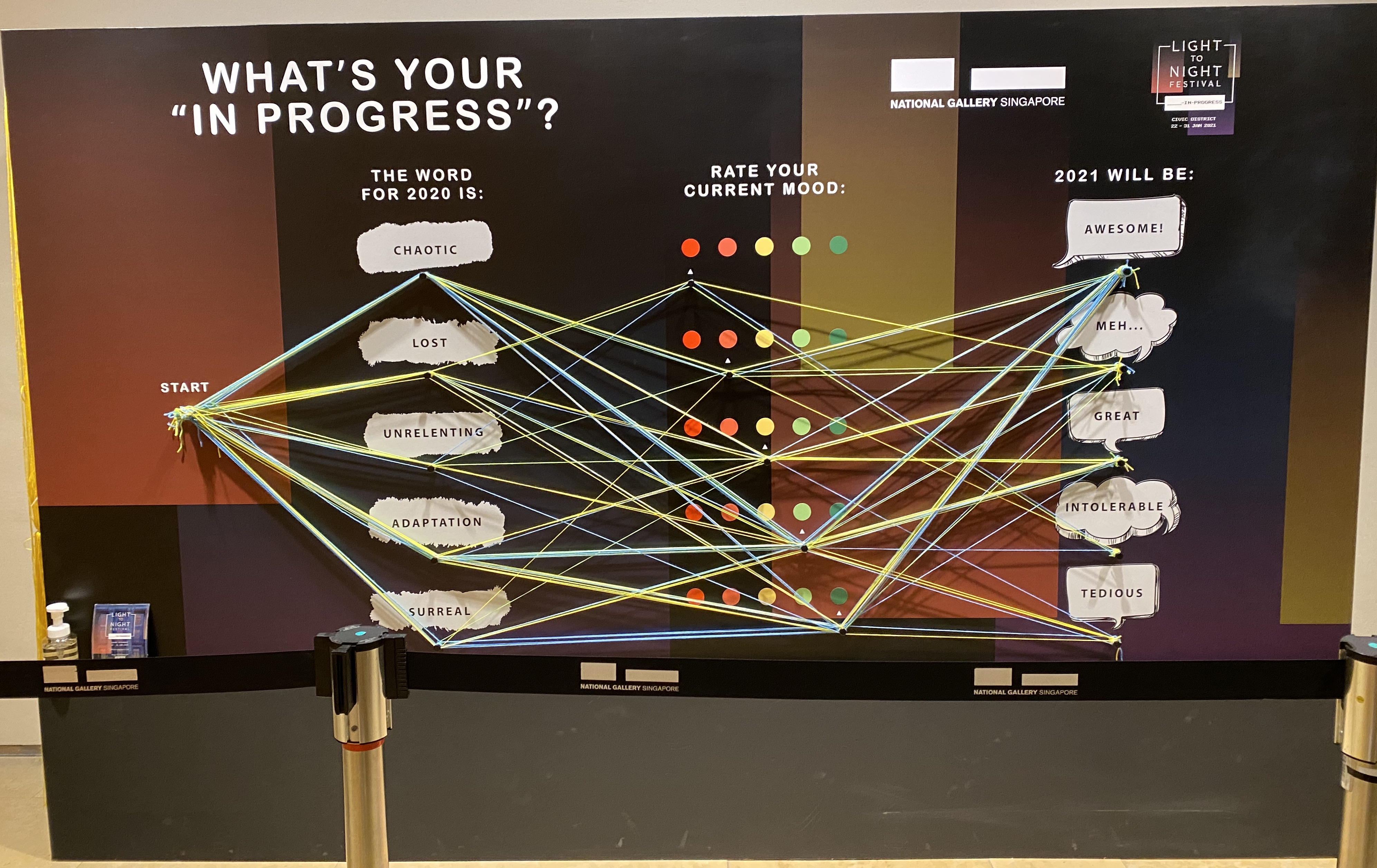 The light show ‘Art Skins on Monuments’ made projections on various buildings, each with their own theme, making it such an adventure to explore around the area hunting for the buildings where we could watch the short clips. 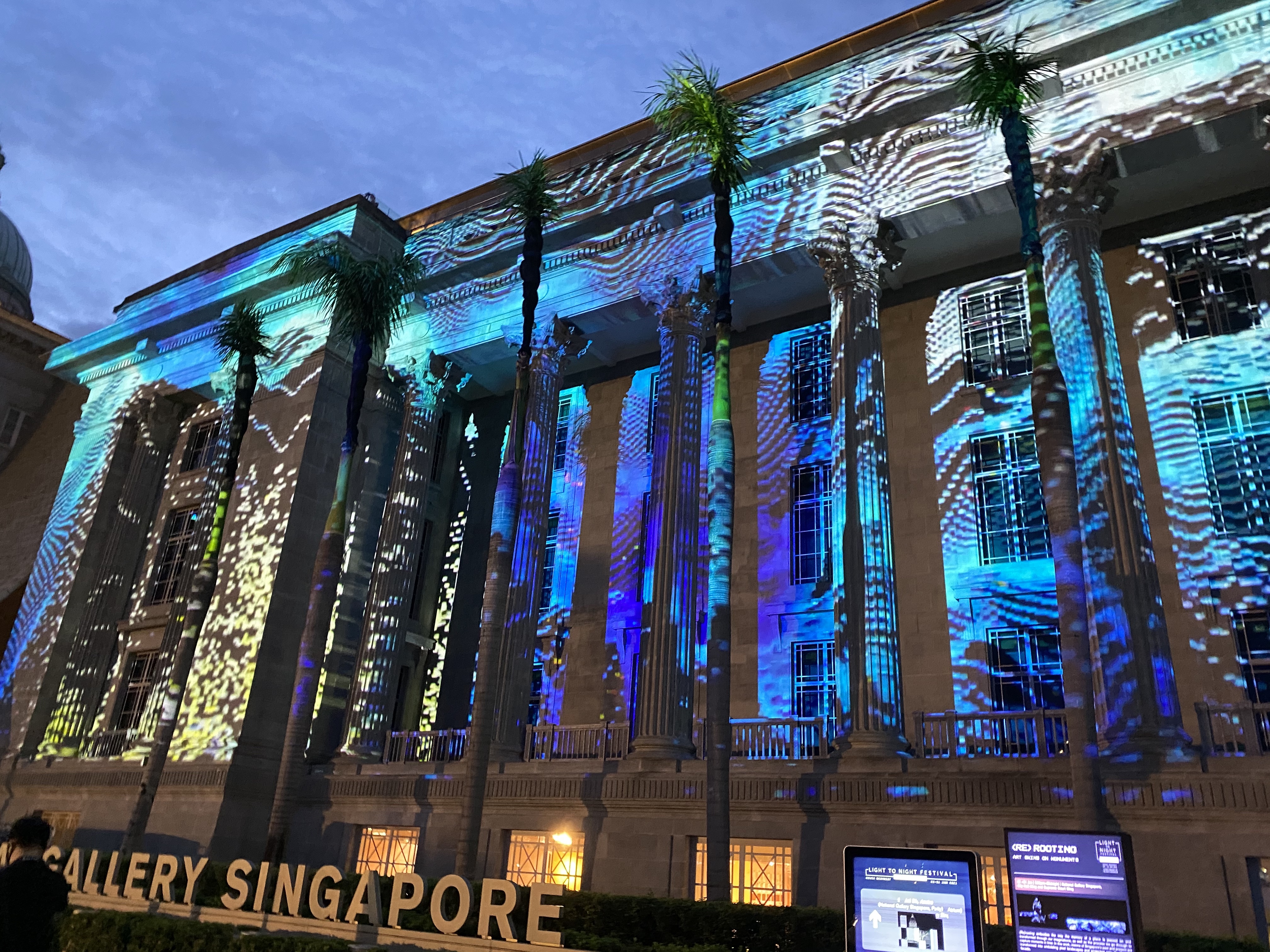 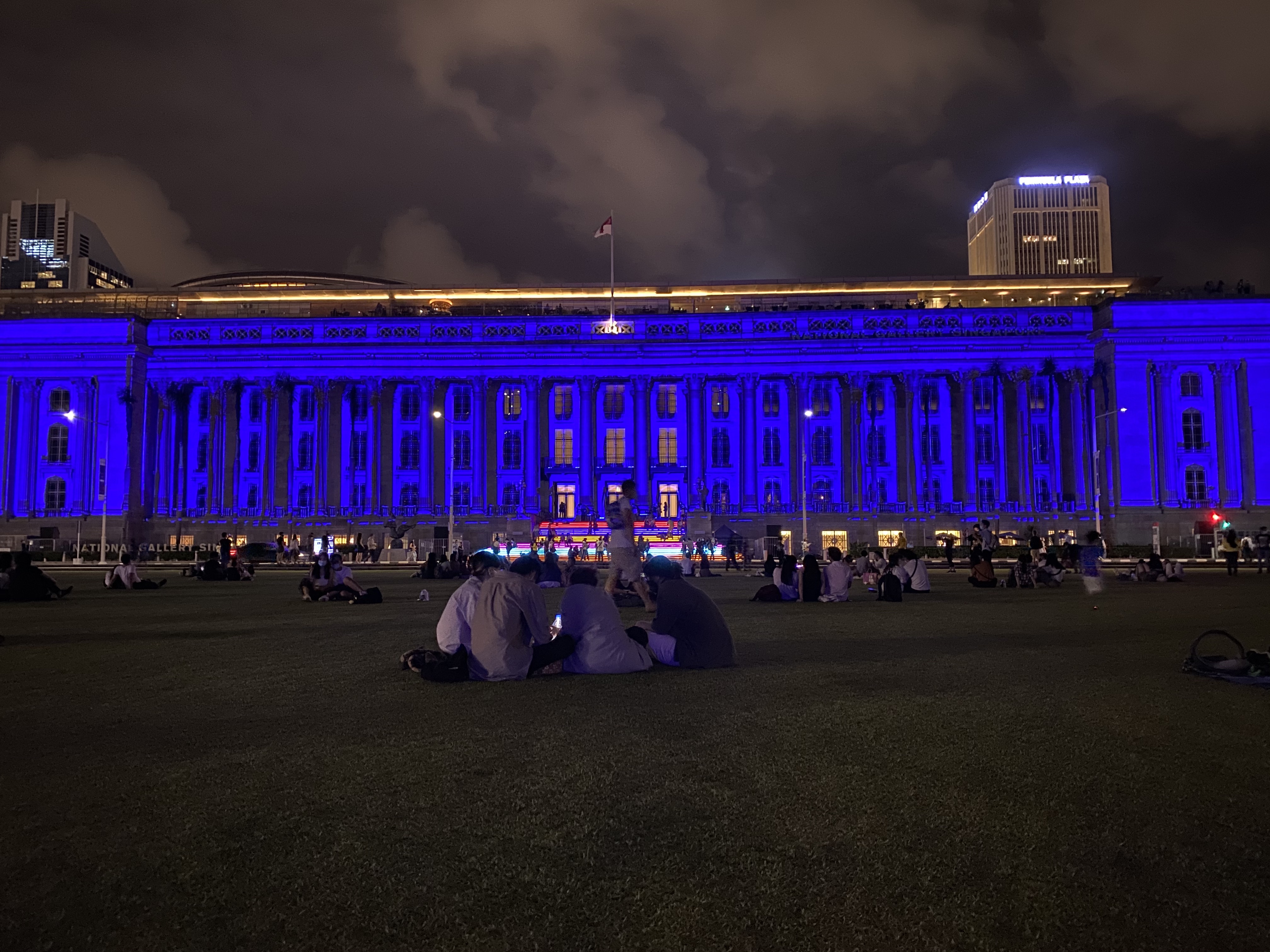 ‘Passages’ outside The Arts House was a little more difficult to understand. The piece aimed to portray the importance of crafting new passages in times of difficulty was difficult to follow. Initially, the clips were images that focused on mechanics and structures but halfway through the show, it switched to more animated clips of sea creatures. This switch in motif felt accidental and made the piece difficult to grasp, and unfortunately, difficult to enjoy. 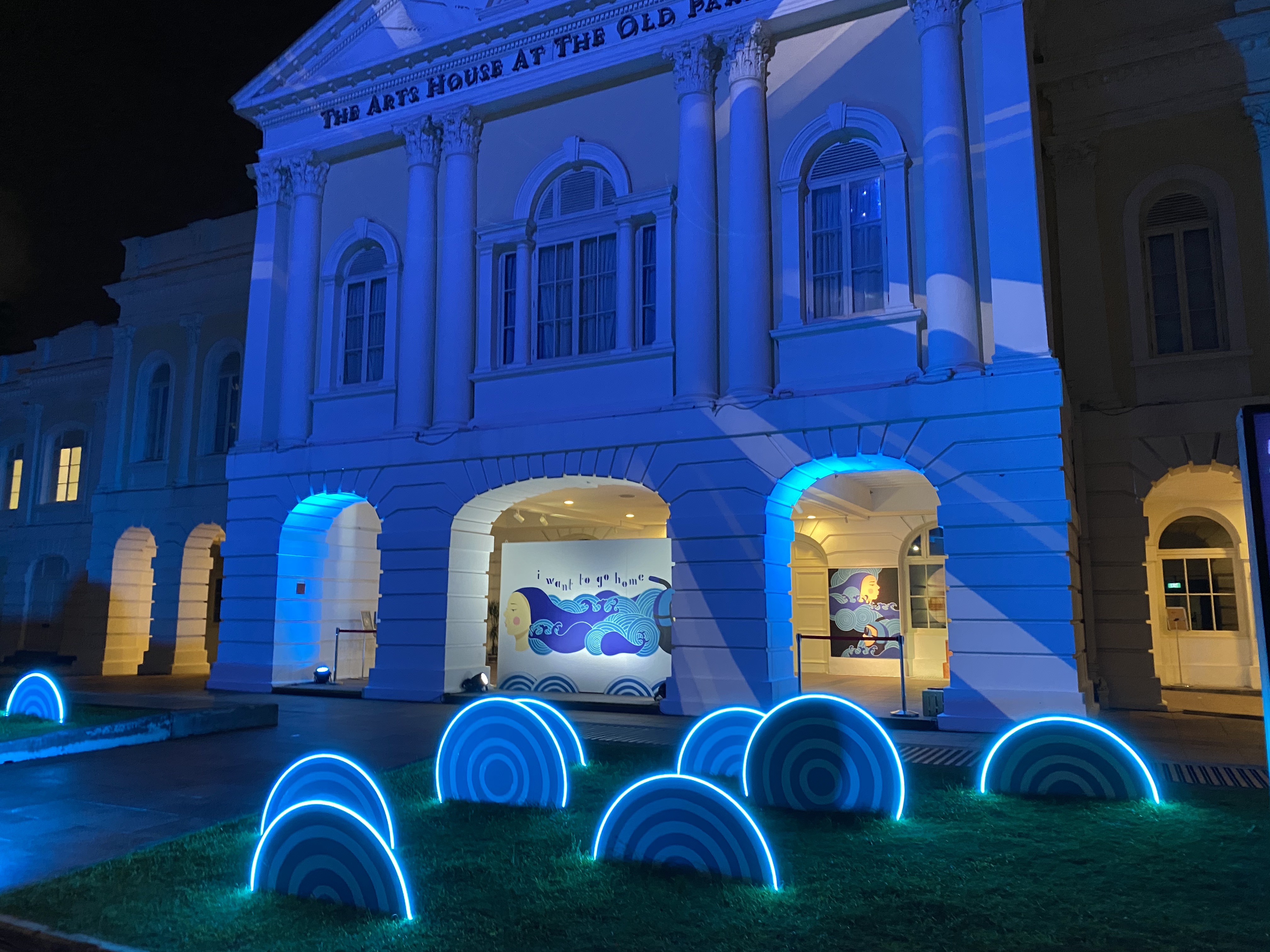 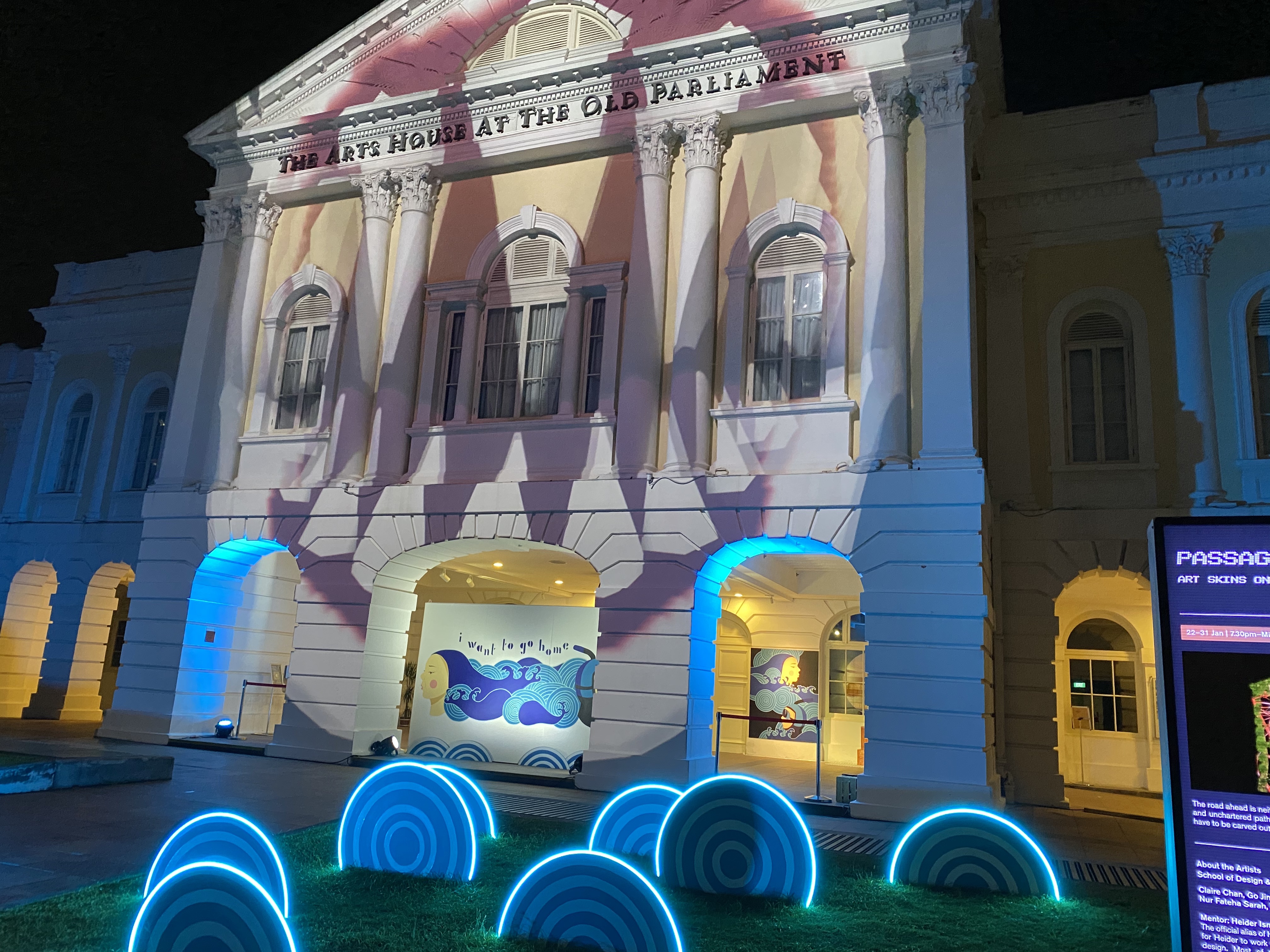 ‘Generations’ was displayed on the building of the Asian Civilisations Museum. The show seeks to explore the meaning of generations as one “that indicates creation and birth”, while the other refers to “a group of people from a period of time with collective experience.” The show marries both definitions well, and the first part of the show focused more on the creation while the second part was evidently a nod to the latter definition. The clips in the second part showed images distinctively from the past — from olden ships sailing through waves to the text bubbles (and text tones) that we are all so familiar with. It was an enjoyable watch, seeing how the changes in periods were presented in a colourful and innovative way. 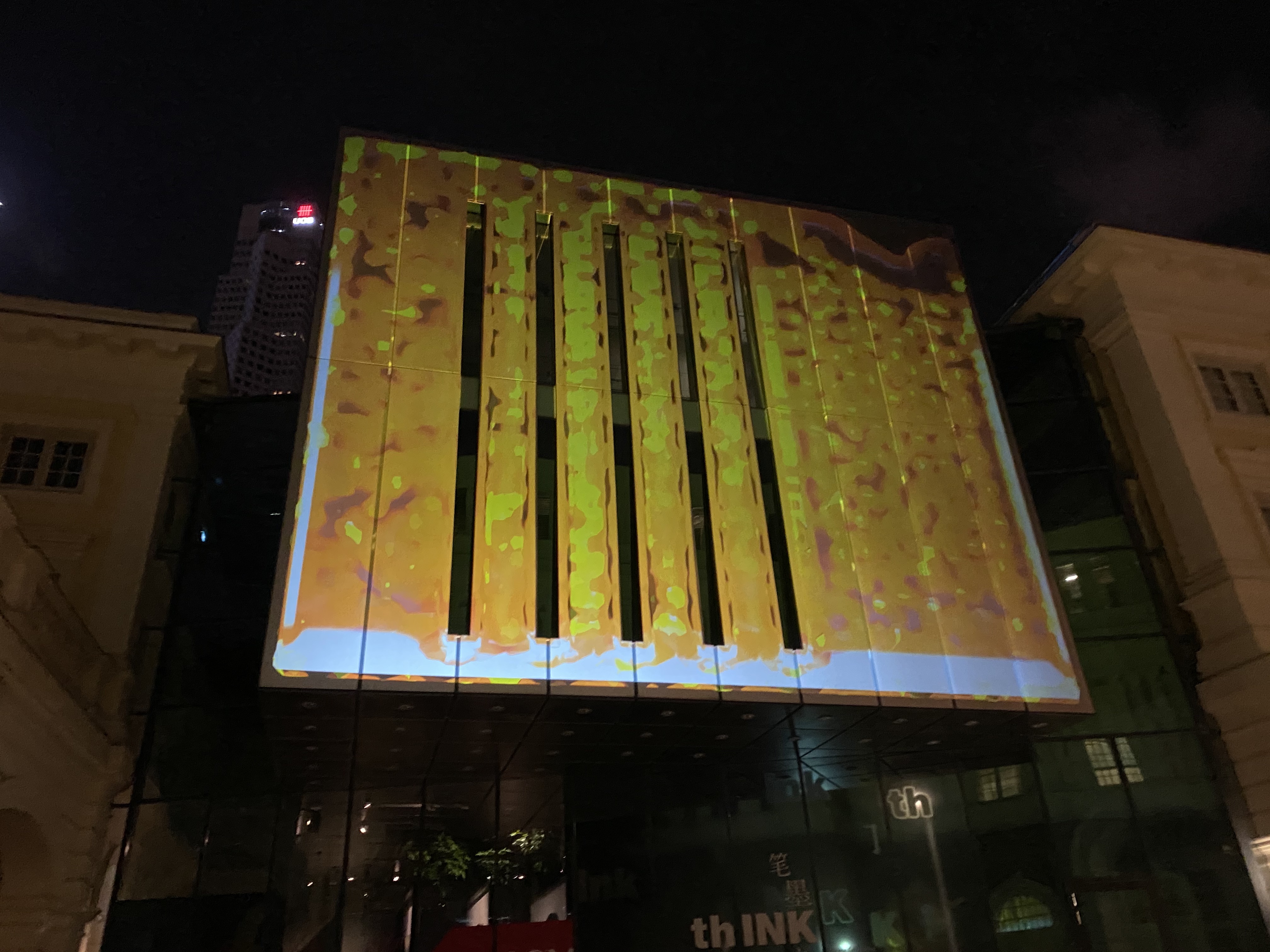 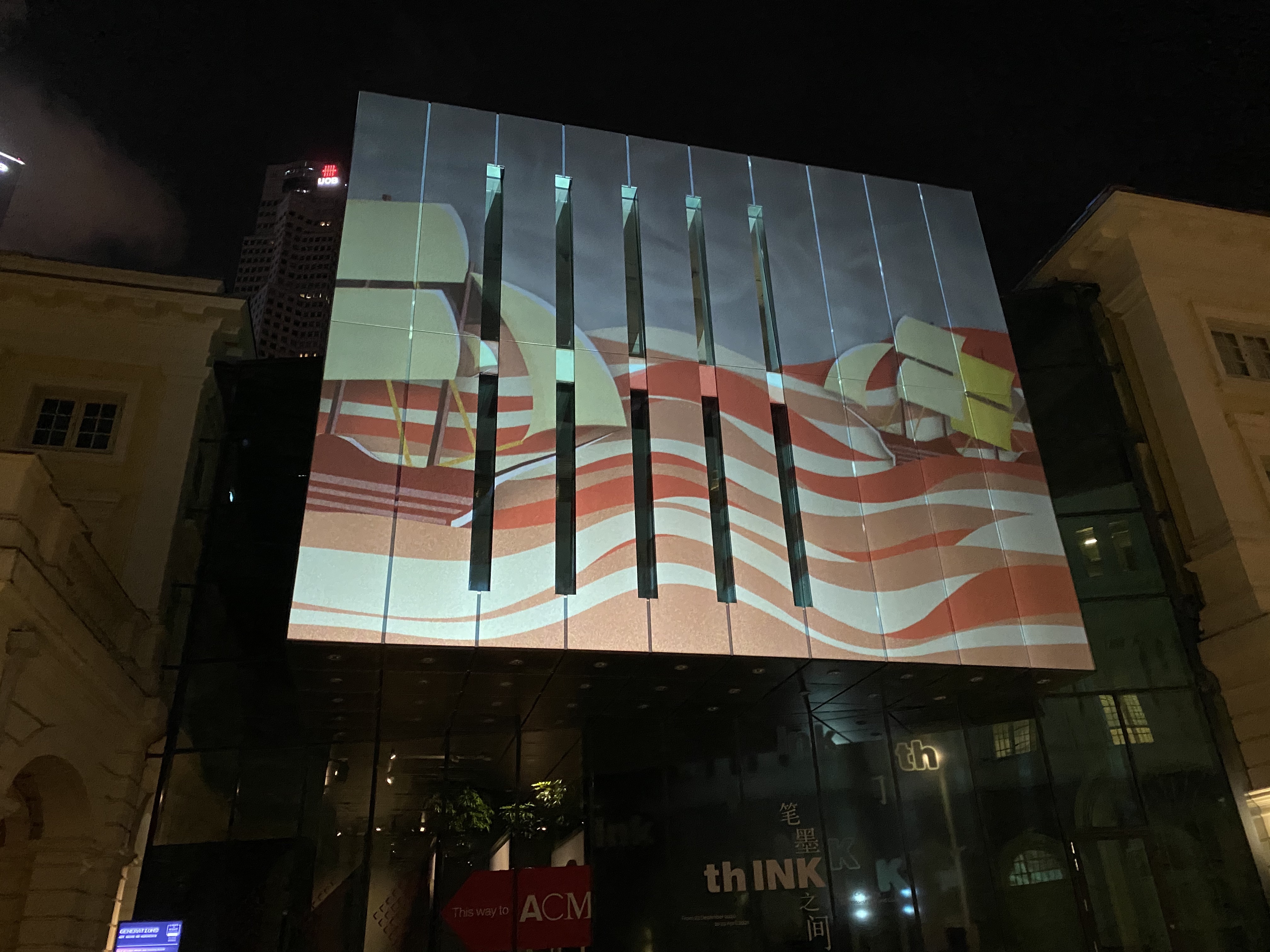 ‘Absence of Presence’ at the Victoria Theatre & Concert Hall was my last stop for the night. The piece explored the changes we’ve made to adapt to the current pandemic. Among all the other shows, this one had the most interesting visuals and soundtrack. The projections took advantage of the unique structure of the theatre to create a beautiful piece of art. One of the scenes mimicked a waterfall, with words spilling from the top of the building to the bottom, avoiding and splashing away from each bump and curve of the building. 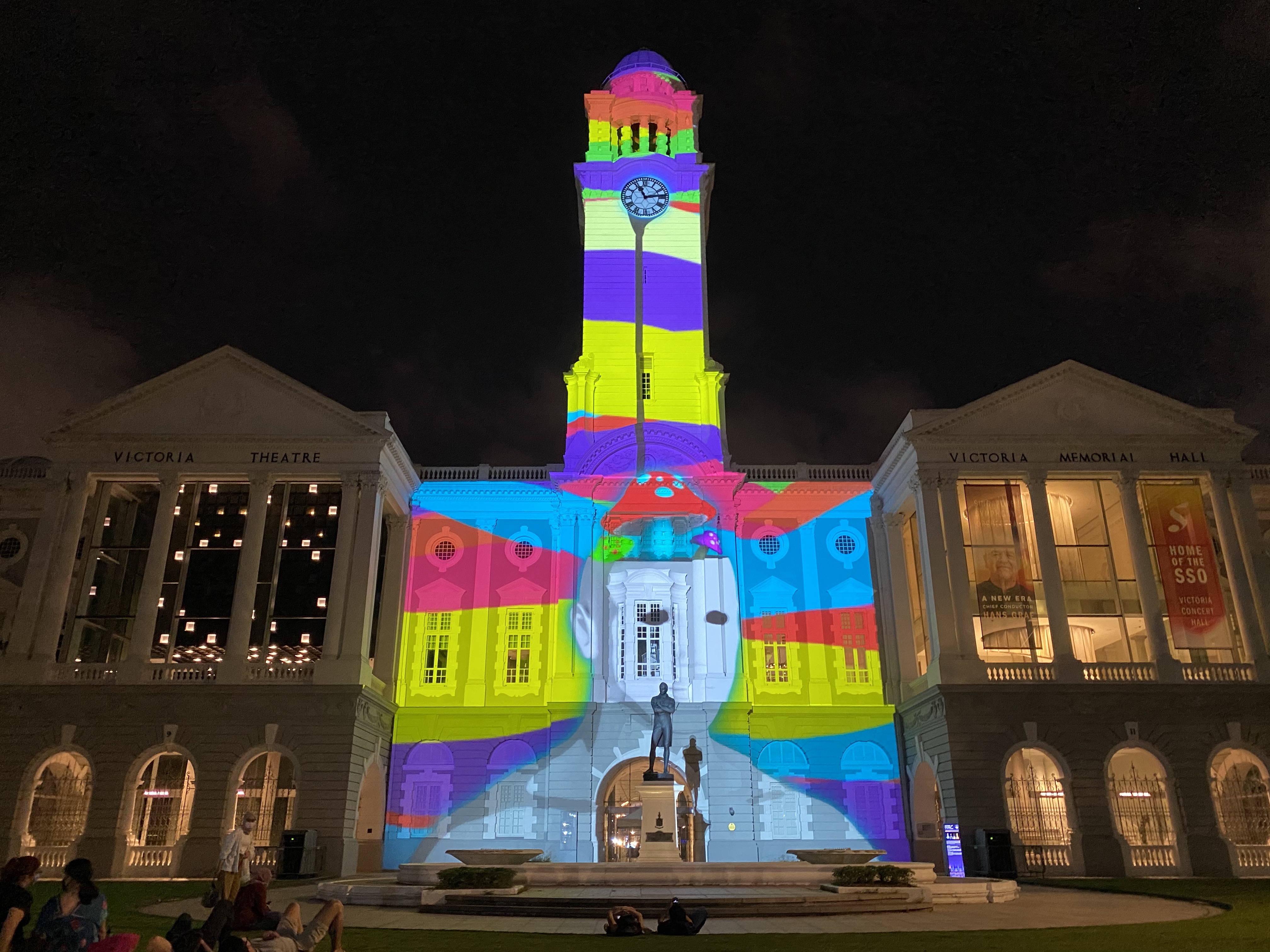 As someone who has never visited the Light to Night Festival previously, I was impressed by how immense and immersive the whole festival was. Typically, only the light shows are posted on social media but I was surprised to find out that there were more artworks hiding within the museums. As such, this is a good time to visit and explore these places! Despite its prominence, the light show still managed to surprise me. I did not expect to have such an immersive experience and a big part of it goes to the audio — as well as being able to watch a story unfold from these short clips. Overall, it was a pleasant experience, and I can foresee myself coming back in 2022!