Skip to content
Loading...
Latest articles
“Drive My Car” is Theatre on film
Great Mass of Colours
Searching for a National Identity through SGIFF’s Singapore Panorama Short Films
To Laugh Or To Cry? SGIFF’s Opening Film ‘Assault’
What’s it like to run a film festival?
AcrobaticsCAC EventsDanceMusic 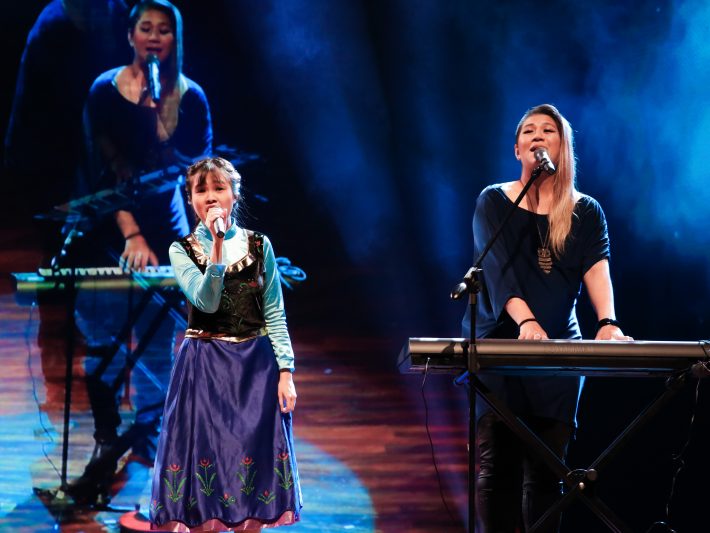 On the night of 17th March 2019, NTU CAC hosted theCenterStage Grand Finals 2019. After 3 rounds of rigorous selection, months of hard work and behind-the-scenes preparation, this year’s lineup promised to wow the
audience with their skills and talents.

Before the show began, the audience was graced with a performance by local guest star Jeff Ng, who began his set with《你听到了吗?》 (Can You Hear Me) and 《无情雨》 (Heartless Rain). In his final piece, a mashup of the songs
《开不了口 x 怎么了》 (Can’t Say x What’s Wrong), Jeff further displayed his talent by providing his own live piano accompaniment to his singing. With his boyish charm and stunning voice, Jeff quickly captivated the audience with his charisma and singing ability, and even made sure to give the contestants words of encouragement after his performance.

After Jeff’s performance, the emcees gave a quick run-down of the voting process that would determine the contestants’ fates. There would be 3 rounds of live voting via the official NTU CAC CenterStage Instagram: one round to determine the first round of eliminations, and one round to determine the final rankings of all the participants. However, there would be one special ‘revival’ round, where the audience could vote for one eliminated team to be revived, to be given a second chance at winning. A part of the decision would be based on the scores given by the four guest judges of the night (Calin Wong, John Lim, Aaron Lim and Starlinn Choo), while the remainder was decided upon by audience vote. The audience were jittery and tense with nervous anticipation in their seats as they voted for their favourite acts, in hopes that their votes would enable the contestant to reach the finals.

Then, the concert finally kicked off with the first dance item by all-girls hip hop group Diyosa. Comprising 8 amazingly
talented ladies, they owned the stage with their fierce, perfectly coordinated set that incorporated elements of belly-dancing. On top of their sharp movements and amazing costumes, they showcased their talent with a fully self-choreographed piece, even incorporating a fabric prop that brought out loud cheers of support for the audience. It was clear they were a crowd favourite from start to finish, and had the judges impressed by setting the bar this high. In contrast to the girls’ performance, SFX brought the funk to the stage with their themed piece, depicting a shopper’s experience at a retail store. Incorporating both popping and locking in their item, SFX brought laughter to the audience with their unique performance.

Through this item, SFX represented the funk community as they showed the audience what the essence of funk looked like. The next dance item was presented by DJ CAKE, who explained that their group name was made up of the first initials of their members’ names: Danson, Jina, Ching, Anthony, KS and Ernest. With their matching costumes and coordinated dance moves, DJ CAKE displayed both spontaneity and unity through their performance, leaving the audience excited for more. CenterStage was graced that night by 2 a cappella acts. Firstly, LF — an a cappella group that performed their rendition of Lady Gaga’s iconic song Born This Way. The group certainly showed that they were superstars with their high energy and retro-inspired colourful costumes; one of the performers even had a neon green wig on (which he proceeded to snatch off mid-way!). Their singing was just as much a statement as their
costumes, with strong vocal support and live beatboxing to boot.

The crowd was reminded again of how amazing a cappella singing can be in the next performance, as they watched The Peanuts performing their rendition of Mika’s Grace Kelly. With their matching outfits and whimsical dance accompaniment, The Peanuts truly brought us back to a time when music was simple and brought a smile to our faces.

Of course, a talent show wouldn’t be complete without a magic trick showcase. Incorporating the use of social media platforms like Instagram, magician Darren predicted what would happen and uploaded the video himself on Instagram a few days before the performance. Sure enough, his prediction was accurate! As we watched the video played live during his performance, we couldn’t help but marvel at how such things could be done.
We heard several members of the audience beside us trying to figure out how he did it. Now everyone wants to be a magician, eh? The other magical act we watched that night was brought to us by Frederick, who called himself a mentalist. For our readers who are unfamiliar with mentalism, it is a performing art in which its practitioners, known as mentalists, appear to demonstrate highly developed mental or intuitive abilities. Frederick invited an audience member up on stage and played a game of numbers. Don’t ask us — we have no idea how he managed to read a living person’s mind either. Next time you’re standing next to Frederick, we’d advise you to clear your mind and think only good thoughts!

The next performance, a soloist named Jia Jing, returned to soothe our hearts with his rendition of 《修炼爱情》 (Practice Love) by JJ Lin. Despite tiny hiccups throughout the song, Jia Jing never gave up and his perseverance touched the audience. Personally, we felt that his voice was a perfect fit for the song and the emotions of the song was thoroughly delivered through his performance. The night was such a treat of the members of the audience, some of whom probably frequent karaoke goers for the purposes of singing their favourite Mandopop tunes, judging by the clearly audible sound of the audience singing along to each song. Moving on, Allison & Jiali performed their interpretation《有一种悲伤》 (A Kind of Sorrow) by A-Lin. We were particularly impressed that they brought a laptop on stage to create a live accompaniment with a keyboard. Our writers went back and did a little research — live accompaniment is certainly not an easy feat! One needs to be in control of both the keyboard and the programme that mixes the music, to create the perfect background music to go with the vocals. We applaud Allison and Jiali for the bravery of trying such a risky performance, which was devoid of mistakes.

Lastly, Pei Xing brought back memories of Disney movies with her cover of “For The First Time In Forever”, by Kristen Bell and Idina Menzel. With her costume of the character Anna from the movie, Pei Xing was a perfect embodiment of the Disney princess. Whizzing around the stage, Pei Xing looked like she belonged in Disneyland, as she delivered both Anna and Elsa’s lines perfectly. After that, one of the event’s judges, Calin Wong from Micapella, spontaneously joined Peixing on stage in a duet, performing a “A Thousand Years” by Christina Perri. We were personally amazed by how well their voices blended together. We reckon it was thanks to Calin’s years of experience and Pei Xing’s talent.

Before we proceeded to the finals, last year’s CenterStage champion, Kai Rong, performed 2 songs: 《被驯服的象》 (The Tamed Elephant) by Tanya Chua and《演员》 (Actor) by Joker Xu. She was perfectly comfortable on stage and was even able to add ad-libs to the songs she was singing. Small wonder she was last year’s champion.

It was finally time to announce the event’s finalists, which was decided to be SFX, DJ CAKE, Frederick and Pei Xing. Who would be the revival group? The audience voted for their favourite act through the CenterStage Instagram page and as a result, Diyosa was given a second chance to perform! The night ended with a prize giving for our winners. To us, everyone that performed their hearts out certainly deserved to win.

To check out the fruit of each group’s hard work, every performance is uploaded on @ntucenterstage on Instagram, so if you’d like to see for yourself what we were babbling on about in this article, go check it out! We truly had an amazing time at NTU CAC CenterStage 2019 and would like to thank the organising team for their hard work and invitation. We’re looking forward to the 2020 edition already!