Skip to content
Loading...
Latest articles
“Drive My Car” is Theatre on film
Great Mass of Colours
Searching for a National Identity through SGIFF’s Singapore Panorama Short Films
To Laugh Or To Cry? SGIFF’s Opening Film ‘Assault’
What’s it like to run a film festival?
CAC EventsDance 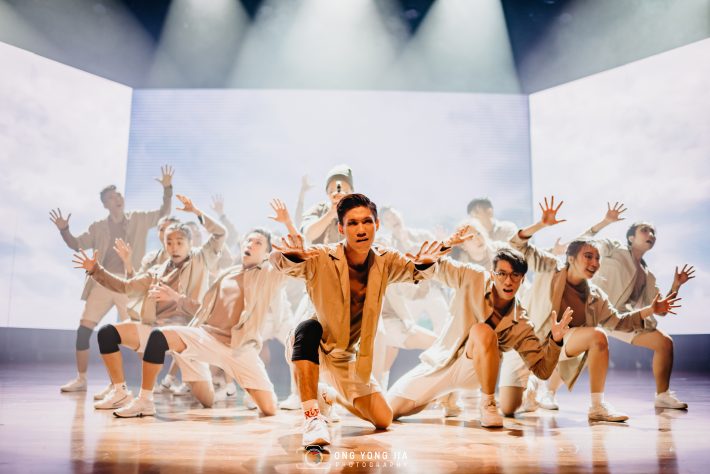 In its 13th edition, Joint Dance Concert (JDC) Leveled Up its game with yet another year of spectacular performances by the eight dance clubs under NTU Cultural Activities Club. Set in the world of game, JDC 2019 takes the audience through a journey of ups and downs as we follow Jessie and James, navigating through the familiar gameworld.

The concert opened with a fusion dance by dancers across all eight clubs and dancers reenacted moves executed in the video game. The familiar Boom Boom Pow sure brought the audience down memory lane while the dancers busted out moves that blended in seamlessly with the game visual. Their energy was simply commendable; evident in the dancers’ expression which conveyed tremendous enthusiasm. The bright and exciting piece was definitely a great start for what was to come next. Salsa En Sync took to the stage with their cheery choreography which showcased their flexibility as well as technical capability. The dancers performed with amazing chemistry and great confidence alongside their partners as they executed complicated footwork and spins with a huge smile on their faces.

We are not kidding when we describe watching JDC as being on a roller coaster ride. Chinese Dance which followed, exuded a completely different energy with their traditional genre as they portrayed the bad characters in a video game setting. The dancers dressed in red and black costumes were extremely skillful with their use of umbrellas as props. With sirens playing in the background music, a perfect blend between strength and elegance was demonstrated, incorporating modern elements with the cultural dance.

Building on the concept of the game Dance Dance Revolution, where varied colours of lights that embodied the different steps of the choreography was enacted — making it a jaw-dropping performance moment. As we experienced Dancesport Academy’s very own choreography, their intensified routine with their duet combinations, with strength in every extended limb and straightened legs, was deserving of every applause from the audience. The dancers exuded an air of confidence like none other, portraying camaraderie in their unison. Swept by this scene of enthusiasm, the main character — James was immediately uplifted and energized by their joyful dance spirit.

Lindy Hop kept the energy high as they burst into high-spirited and jovial movements. In this segment, we saw James’ attempt to learn how to dance in the gameworld, thereby showing the amount of physical strength required for dancers to push through a routine. The Lindy Hoppers’ dynamic swing-outs and complex airsteps sure took me by surprise and I would love to see more from them!

Afterwards, popular MJ Hip Hop took to the stage and sent the crowd into a frenzy. These dancers were in great synchronization and their moves really packed a punch! Having both the good and bad battle each other in their piece, we were able to see how versatile the dancers were and also how they truly embodied the storyline. The girls style segment within this entire routine sure caught my attention as the dancers acted as the dark force and radiated intensity of the fiery emotion they were portraying, leaving the feeling of passion deeply etched in our minds. The accents in the moves of every dancer on stage in this item, with the strong beats that were supporting their moves mirrored the feeling of rage — leaving the audience on a high note as they concluded their piece.

With Soul Funky Locking their moves along with the Mario concept, they performed a cheeky and energetic showcase of the street dance. Strong and soft accents exuded in every movement, showcasing sharp and slick grooves that captivated the audience. It certainly brightened the mood up from the previous dark and fiery themed dance! Impressive spirited partnerworks within sync duets and footwork, along with downward bounces, varied grooves that took on every vacant beat of the song and well-timed pauses showcased their fantastic muscality. Indeed, how talented were the Soul Funky lockers!

Soon after, we experienced yet another contrast with Contemp{minated}’s choreography by Annabelle Ang. The dancers were exceptionally expressive in both their body movements and facial expressions, with every pause and silence embodying a significant representative movement of intention that extends beyond mere movements. Wearing suspenders that mimicked the character of Mario, the dancers brought back the childhood and nostalgia from before. Lifts were done in lightweight momentum and every swing and roll on the floor gave off an air of suspension, representing the highly trained dancers’ strength and flexibility in their limbs and legs. Full extensions from pointed feet to an extended muscle, the simple move of running across the stage with intention carried an array of emotions that one would never expect.  Showing how the character of James so desperately tries to rescue his sister, it was an eyeopener for the audience to watch such a musical-like dance performance.

Ending with a reunion between James and his sister with a penultimate item from Dancesport, they demonstrated the emotion of determination and victory through their expressions, coupled with energy-packed moves. Eventually closing it off with a fusion piece — You Can’t Stop The Beat, the mass celebration brought together all the different dance groups onstage, to celebrate the long-awaited reunion. Leaving the audience more inspired than ever, the dancers blood, sweat and tears finally paid off! Have they Leveled Up from before? They sure did.