Skip to content
Loading...
Latest articles
“Drive My Car” is Theatre on film
Great Mass of Colours
Searching for a National Identity through SGIFF’s Singapore Panorama Short Films
To Laugh Or To Cry? SGIFF’s Opening Film ‘Assault’
What’s it like to run a film festival?
CAC EventsUncategorized 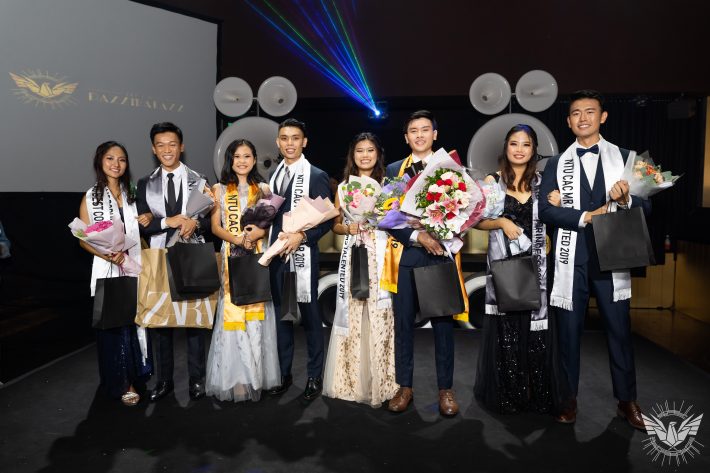 Razzmatazz. A night of glamour and a night of fun. To commemorate the end of Cultural Activities Club’s Transition and Orientation Programme, orientation group members were brought together once again to reminisce over their fond memories of the camp, and to make even better ones. From loud cheers in the audience, to the crazy dancing along to the music, Yang Club had a first-class seat in witnessing our fellow CAC members raise the roof, enjoying a night of partying.

Needless to say, the main event of the night was the performances by the pageants. Characterised by their individualistic personalities and unmistakable chemistry, each couple showcased their talents and left the audience captivated for the night. Couple 1 (M1 Tian Bao and F1 Phyoe) shined with their pink coordinated outfits and spectacular dance performances. On the other hand, Couple 2 (M2 Derek and F2 Rayne) did a comedic catwalk in which they performed the piece ‘Anything You Can Do’ from the musical ‘Annie Get Your Gun’. They pretended to be better than the other at first, only at the end of the performance where it became clear that they were meant for each other. Their performance was a unique twist away from the normal pageant performance, leaving the audience both captivated and impressed. Couple 3 (M3 Ernest and F3 Lin Hui) impressed with a sweet love story, wowing the audience with their mesmerising voices as they serenaded each other with love songs played on the guitar. Last but not least, Couple 4 (M4 Yu Fong and F4 Evelyn) wooed the audience with a lovely display courtship and expertly choreographed dances which even involved one of the judges.

Apart from their couple acts, the pageantees also performed a mass dance together; a compilation of viral dance moves over the years, further livening up the mood and allowing the rest of CAC to groove along to their performance. In addition, couples were also tested on their chemistry through a series of games and questions.  Couple 1 and Couple 2 played a game of ‘Would You Rather’ where they were both given two choices and they both had to pick the same one in order to gain a point. It was fun to watch the pageants justify their chemistry (or lack thereof), as they answered the questions with witty answers which garnered raucous laughter from the audience. While Couple 1 won the in game of chemistry, Couple 2 won the ‘Pocky Challenge’ where their Pocky stick was barely visible! Couple 3 and 4 played a game of ‘Guess The Action’, by using only sounds they could make as clues. It was certainly amusing watching the pageantees come up with innovative ways to interpret phrases such as ‘Sitting on a Rollercoaster’, and ‘Angry Kitten’. While Couple 3 won by a huge margin for this game, Couple 4 nailed the ‘Pocky Challenge’, making the overall contest a draw for all.

With such amazing performances and genuine chemistry between the couples, the panel of judges had their work cut out for them in deciding the winners of the night. Mr Talented went to M4 Yu Fong and Miss Talented went to F3 Lin Hui. Couple 1 took home the title of best couple, while Mr Popular went to M2 Derek. Miss Popular was presented to F1 Phyoe. CAC’s Prince and Princess were M1 Tian Bao and F4 Evelyn and finally, the title of King and Queen was brought home by M3 Ernest and F2 Rayne.

However, the night was not entirely about the pageants, as the emcees arranged a series of mini games to keep the audience engaged as well. It included a charade segment where teams had to act out a scene, while the others provide witty guesses along with a variation of ‘Simon Says’ called ‘BK Says’ where participants were instructed to do nearly impossible tasks while they compete to be the last man standing. These light hearted games served as an entertaining break from the programme.

However, the end of the pageant only signalled the beginning of the night, as seniors and juniors alike began to fill their cups and return to Yang for an after-party. With music ricocheting off the walls and bodies moving as one, an overwhelming sense of fluidity took over the space, an experience that the party goers would remember for time to come. Razzmatazz was definitely a perfect closure to the end of a wonderful camp where diverse groups of individuals found their families and formed their own little communities. With such a high bar set for 2019’s Transition and Orientation Programme, the next Orientation Committee would have a challenging year ahead if they want to impress. But as we all know, CAC is never one to disappoint.