Skip to content
Loading...
Latest articles
“Drive My Car” is Theatre on film
Great Mass of Colours
Searching for a National Identity through SGIFF’s Singapore Panorama Short Films
To Laugh Or To Cry? SGIFF’s Opening Film ‘Assault’
What’s it like to run a film festival?
ArtSpecial Features 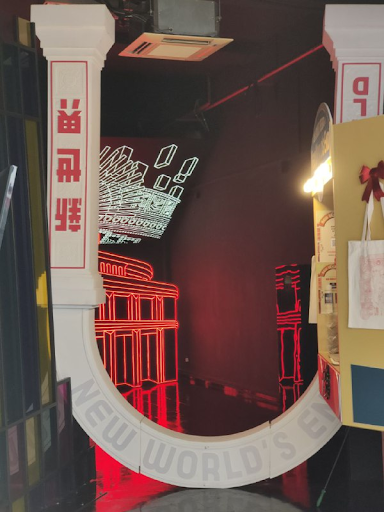 The soft rhythm of gentle footsteps echoes in your ears. Pat. Pat. Pat. Involuntarily, your feet move to the beat, carrying you closer and closer to the inverted iconic landmark. The amusement park gate invites you to take a step forward, back in time. After a moment of hesitation, with a map in hand, you take the leap and enter the gates leaving the world you know behind.

A cacophony floods your ears through the noise-cancelling headphones provided. Boisterous laughter, a carousel, a soulful songbird, gunshots, it’s a full-on assault on the sense as your eyes take in the red and white outline of The New World Amusement Park. That is all that’s left for our protagonist, Kieran—hazy memories and a general impression of a lost time, both forgotten and repressed.

OH! Open House offers a permanent art experience unlike any other. Site-specific, audiences are brought on a journey through the winding alleys, busy streets and colonial shophouses of the Jalan Besar neighbourhood. If the Singapore History Gallery had a love child with a walking tour of Little India, its face would look like New World’s End. Described as a collective piece of art, the one and a half hour audio-led art walk tells the romantic tragedy between a cabaret girl and a struggling screenwriter. Kaylen Tan writes and directs this woeful tale of the right person in the wrong time told through nine theatrical sets designed by Alan Oei. His keen attention to detail immerses audiences in not only the history and heritage of the area but also in the story of lovers, Kieran and Rosa, performed by Salif Hardie and Moira Loh respectively. At the intersection of art, film and music, New World’s End sweeps you into the sea of bright lights and possibilities of Singapore in the Swinging Sixties. From a swamp to Singapore’s first amusement park, anything is possible in this time of hope and dreams, or so our idealistic protagonist believes.

In the role of an older Kieran, Lim Kay Siu’s warm voice takes you by the hand and brings you down long meandering pathways as he describes a world only he can see. Trendy hipster cafes transform into shrines and seedy red-light districts through rich descriptions and the original soundtrack meticulously designed by music duo NADA. You quickly lose yourself. Kieran’s musing merges with your own consciousness acting as your intimate thoughts rather than a narrator. Drifting through faceless crowds, there is this sense of dissociation from reality as you listen to a man trapped in the liminal space. How do you stay sane when the world has moved on without you?

A key moment for me was standing at the site of the Hotel New World. Around me, passer-bys walked on blissfully unaware of the disaster that had taken place on that plot of land years before. The horrific soundscapes paint the collapse which trapped 50 people under the rubble—more than half of which dead. Staring transfixed, I stood rooted taking in the sight of the current Fortuna Hotel which was nauseatingly built over the debris and deaths. There was this haunting realisation using this incident as a testament to our nation’s rapid progression which leaves no space for grief or nostalgia. This made the sets as pockets of safe spaces frozen in time even more precious. The interactive sets immerse you directly into the drama, finally reconciling Kieran’s memories with reality. Sight, touch, smell, the sets are multisensory and beautifully lit thanks to the sharp Brian Gothong Tan. Here, you can sit at the typewriter where Kieran would have spent countless lonely nights by or enter the ethereal dressing room where Rosa’s eternal song reverberates through the empty halls. In these sets, past and present reunite.

While richly symbolic, admittedly, sympathies are lost when I had misunderstood the unclear instructions making this walking tour a dangerous one. Taking a wrong turn here and there had distracted me from the storytelling which left my friends and I confused about the ending and in disbelief about the main couple’s relationship as we left Desker Road. Noticeably, there is an obvious lack of human connection paramount to a story about life, love, and loss. Nonetheless, without giving too much away, the gorgeous sets, haunting lighting and vibrant sounds make it worth the visit. 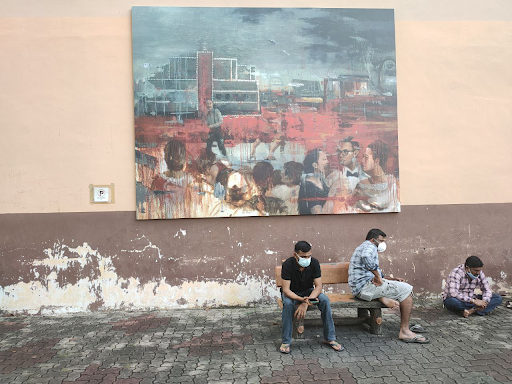 So lace up your most comfortable sneakers and take a quite literal walk in Kieran’s shoes. Follow the red light and open the red door to uncover the secrets of Jalan Besar in 15 tracks.

Tickets are available every Friday to Sunday from 5:30pm to 1:30pm.