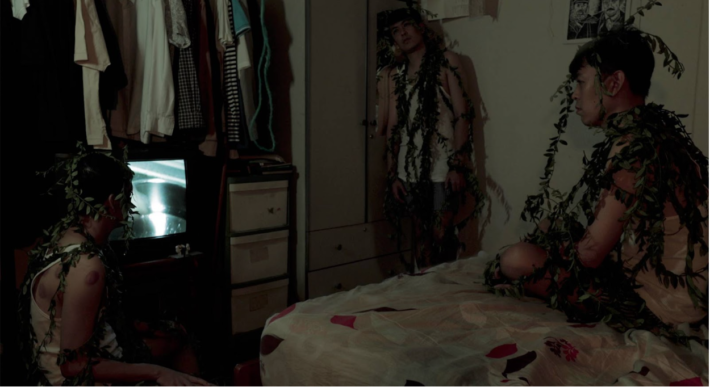 What does it mean to be Singaporean? With such a young history, it is unsurprising that locals like ourselves often wonder what our identity is. Works of art play a unique role in helping to define identities as a cultural and personal expression that informs its audience and reflects upon the ways of a person or a people. Therefore, in watching films that are Singaporean, the viewing experience is akin to holding up a mirror to reflect on ourselves and consider the ways in which we exist and what it means to be Singaporean.

As Singapore’s prime and biggest film festival, the Singapore International Film Festival (SGIFF) has long championed works in the region and at home. The Singapore Panorama section features long-form features and short films by local filmmakers and those made in Singapore. For those of us who wonder what it means to be Singaporean or what the talents in Singapore might be, a viewing experience of the selection can reveal a treasure trove of understanding on our identities. 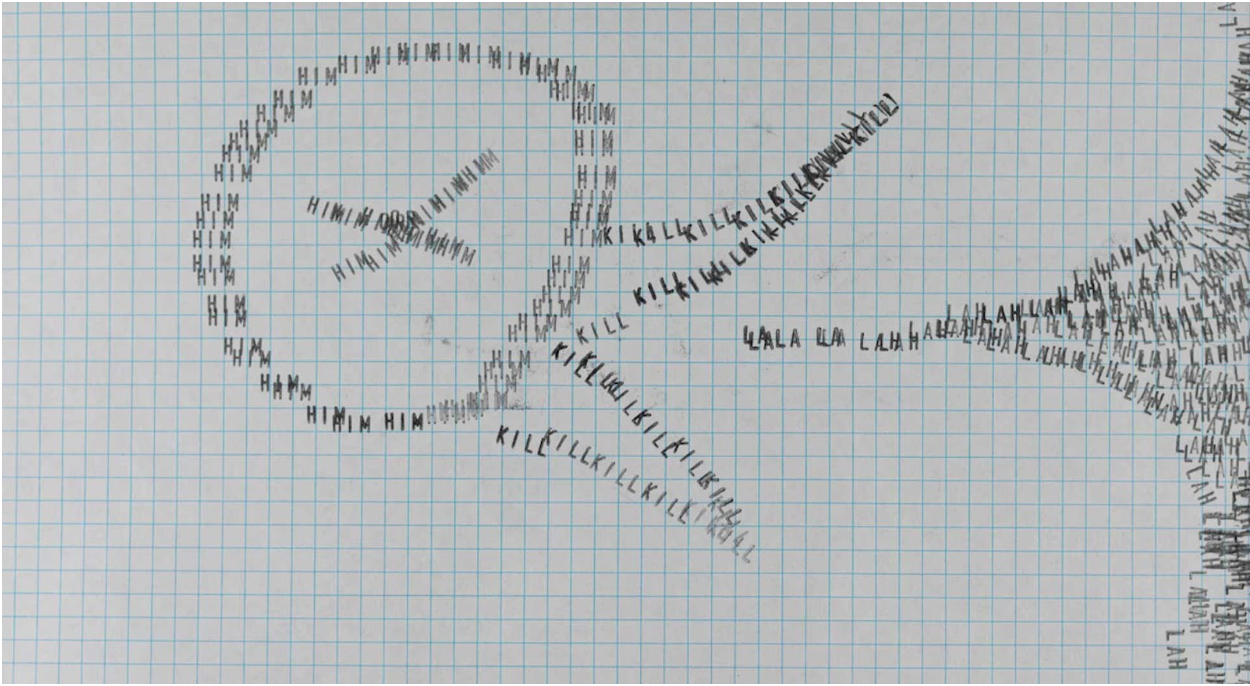 Living in the urban metropolis of our city, a recurring theme and experience is that of alienation. Feeling distant from others in our society when capitalist pursuits of material wealth and success are prioritised for the sake of our financial and therefore national survival, our emotional and psychological states might be neglected. It is not surprising, then, to find many local works of art attempting to reconcile these feelings of alienation. Whether it be through the relationships we share with others or symbols reflective of Singapore, we overcome our estrangement in unique ways that reflect the richness of cultures and experiences even within our tiny island. Take for example the films selected for Singapore Panorama Shorts 2.

In director Vegas Lee’s surrealist ‘My Human’, a ceiling fan observes and remarks upon the strange ways of its owner. Though the fan should be a tool to combat the city’s heat, the fan’s inability to make a change to its owner’s lives is symbolic of our inability to change the ways we have stubbornly become used to. Singapore is overly humid, and nothing changes. During an isolation that might or might not be the result of COVID-19 lockdowns, the owner, a soundman, tries to find connections with the world through the sounds he records of the world outside and when that fails, he turns to his dying fish. Connections seem bleak and futile. It is only at the end when the film takes a meta reflection upon the nature of filmmaking that we come to consider the ceiling fan as a stand-in for art itself. Though art attempts to challenge the oppressive and unchanging heat, nothing much can be changed. No connections can be formed, and we remain as isolated and lonely as ever. 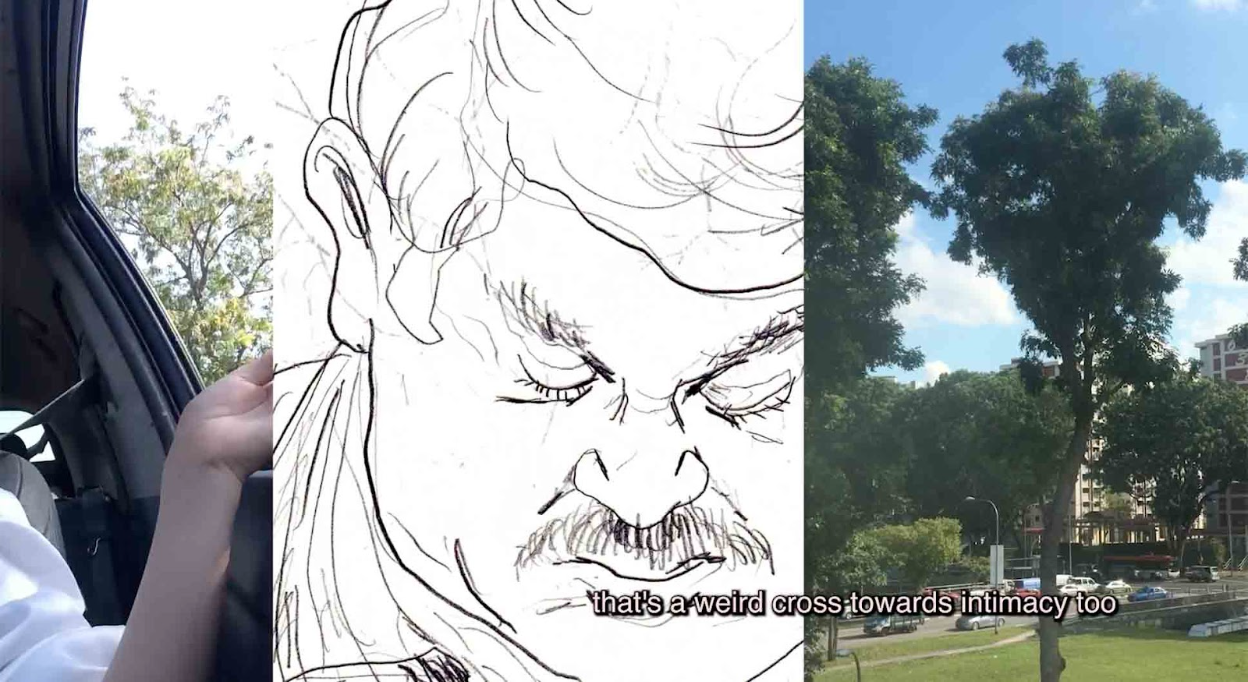 The filmmaker in ‘SMRT Piece’ reminisces the experience of studying stranger faces on the MRT.

Juxtaposing this bleakness is the next film, Elizabeth Xu’s light-hearted ‘Conversations With a Koel Bird’, where the filmmaker based overseas calls home to discuss the soundscape and relevance of the Asian koel in Singapore with her younger brother. Just like the ceiling fan that is a staple in every Singaporean household, so too are the invasive sounds of the koel. Yet, when the brother remarks that he wishes he could kill the bird for their noisiness, but still reflects upon how the sounds of the birds helps him to sleep at night, we reveal an ambivalent attitude towards these symbols of our society. Just as how we are ambivalent about our own country (we can talk sh*t about it, but we’d be offended if someone else does it), our ambivalence towards our own national icons reveals our difficult connections with our homeland and everything else it entails. This demonstrates just how challenging it is to overcome the alienation we experience at home.

On the same plane of being overseas and away from home, Charlotte Hong’s ‘SMRT Piece’ sees the filmmaker recount missing the experience of being on public transport. Specifically, she misses the feeling of sketching strangers’ faces. Though missing home is never explicitly mentioned, the faces of home are a symbol of the possible connections around us that goes beyond our “own little world”. The act of sketching these faces are our attempt to look into the lives of others and to form connections with these strangers. Our public trains are not just vessels to transport us to our individual destinations, but a space offering bonds with the others around us, also isolated, lonely, alienated. 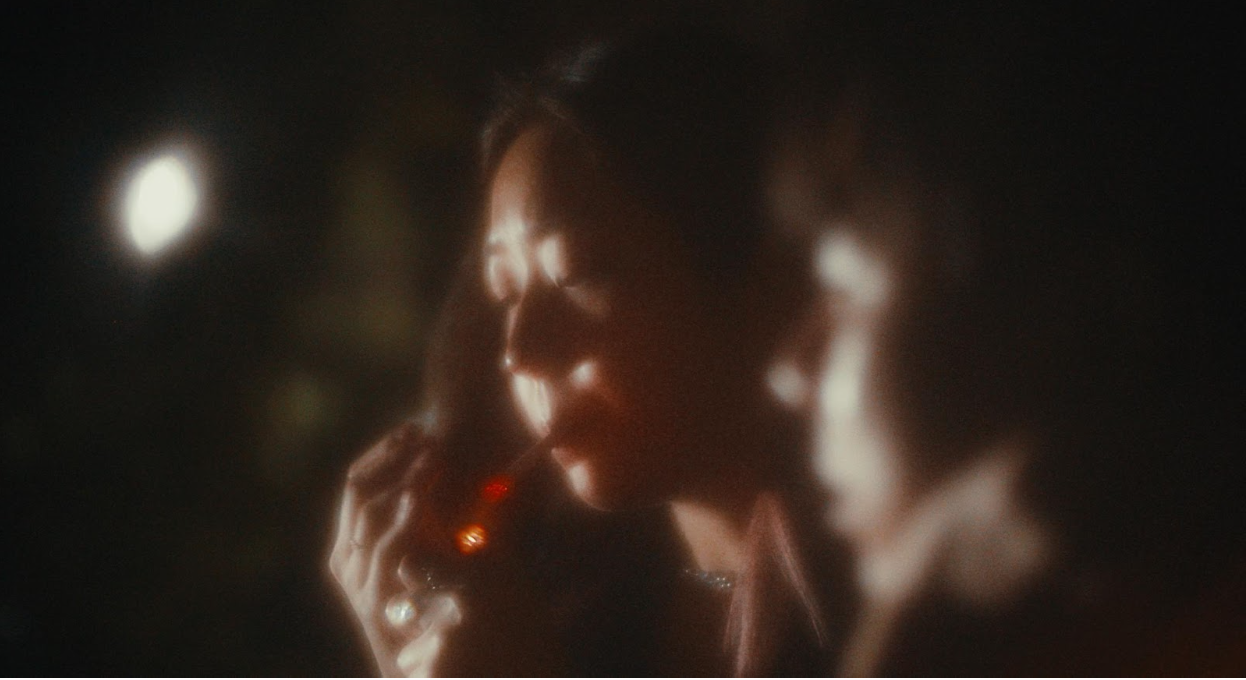 ‘Seance of the Past’ presents an other-worldly look at the material confines of Singapore.

Turning spiritual, ‘Seance of the Past’ by Adelaide Sherry presents a man visiting a silent medium repeatedly, mourning his losses. For once in the selection, we are presented with a character that finally moves beyond the comfort zones of his immediate material life. Even then, we do not see the connection we would have hoped for between two strangers: The medium is just a vessel for the man. No organic bonds are formed. Nonetheless, the medium shines a light into what holds us back from truly moving beyond our material and isolated lives: an inability to accept the losses in our lives, and an inability to reconcile our relationship with death. The first shot of the film presents a cemetery, geographically at the margins of our island, almost erased and ignored. By the final shot, when we can finally look up at the night sky, we transition from a material realm to a higher one, transcending to a more spiritual and awakened way of being.

In the same vein as  transcendence, the loneliness of a foreign worker working on a floating fish farm manifests itself in the creation of a sea spirit in Nuryn Adryana’s ‘Duka Lara’. The title itself translates into the sorrowfulness stemming from  such loneliness, where the estrangement from one’s home country underscores a more complex dimension of isolation felt on our island. Though locals might feel lonely, these workers’ loneliness is much more intense and overwhelming. In spite of the spirit’s presence, one does not get the sense that this worker is able to overcome his alienation finally with a connection. The framing often places both characters awkwardly against each other. Though they talk, they never face each other. Even the supernatural does not offer any comfort to our lonely souls. 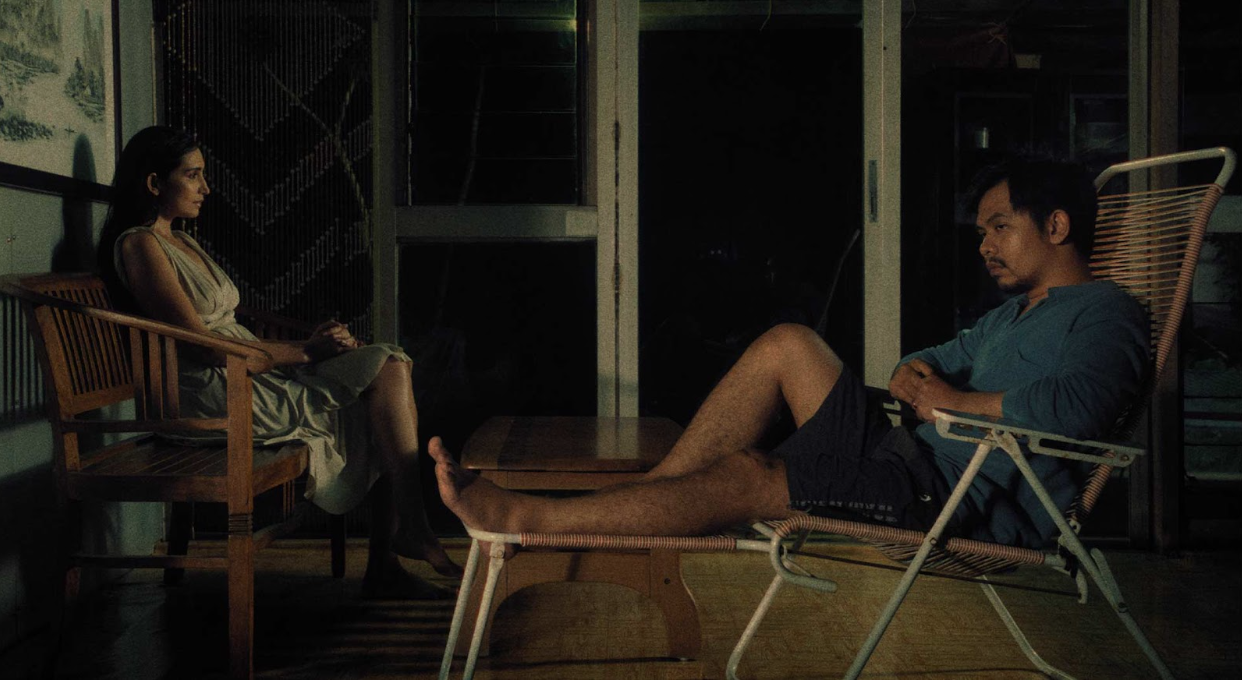 The isolating framing of ‘Duka Lara’ that offers no solace to the lonely foreigner.

So it seems like there’s no escape from the loneliness of our island. The only option left is to leave home altogether. This is what the protagonist in the final film, Ghazi Alqudcy’s ‘The Story of Me Missing Them’ does. The film is an existential look at the smallness of what it means to be human, using the sea to demonstrate how minute our problems are against the vastness of an ocean. Does this mean that life is meaningless then? Not quite, the protagonist posits. Missing his family and faced with a family tragedy, he finally returns to Singapore. It is in this existential window of trying to find meaning in spite of our smallness that he finds comfort through his family. How poignant is it that the first frame focusing only on the vast ocean has been zoomed out by the last frame, revealing the other humans on the beach by the ocean. We are not alone. We just need to remind ourselves to look around.

Whether the symbol of a ceiling fan, koel bird, MRT, spirit medium, sea spirit, or ocean, the selection presents different icons of Singaporean life to reveal the characters’ struggles to make sense of a lonely and alienating urban world. But in the festival programmers’ thoughtful placement of these films, one cannot help but feel compelled upon a journey where a form of an answer is provided to the loneliness we feel as a people. Just as every one of us should be concerned about our personal identity, as a Singaporean, we should also be concerned about our national identity. SGIFF’s eclectic programming in the Singapore Panorama selections therefore offer a unique experience to spark thought and discourse on this crucial but under-discussed exploration. SGIFF 2022 runs from 24 November to 4 December. Check out the selections at sgiff.com, including two Singapore short films presented in Virtual Reality (VR).